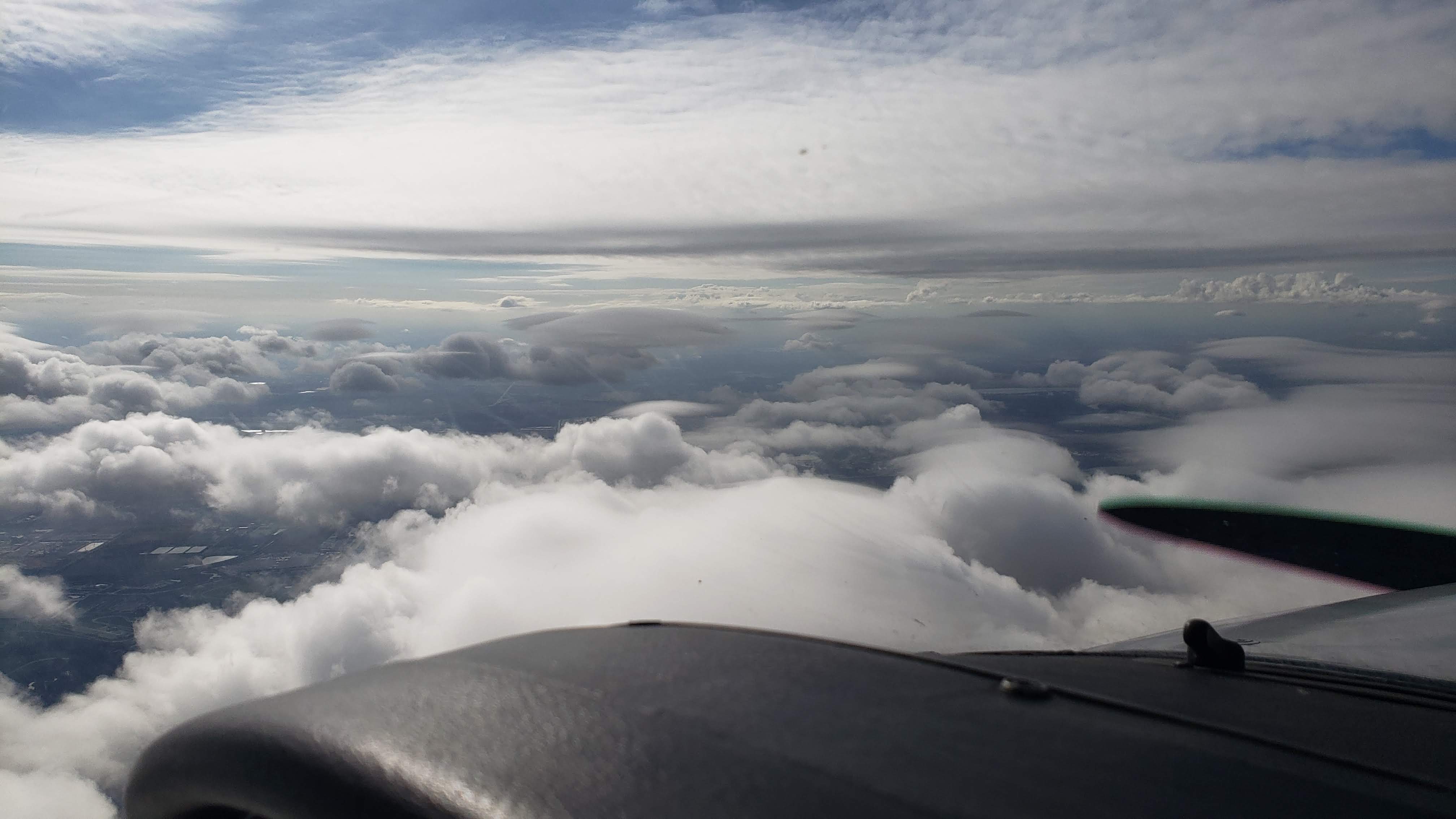 An AIRMET, for AIRmans METeorological information, is an inflight weather advisory that is of interest to all aircraft. However, the severity of weather covered by an airmet is especially hazardous to light aircraft and aircraft with limited capabilities.

Airmets are considered to be widespread events because they must be affecting or be forecasted to affect at least 3000 square miles. However, a small portion of the total area could be affected at any one time.

An AIRMET Sierra is issued when instrument flight rules or mountain obscurations prevail. For an AIRMET Sierra to be issued, one of the following has to be true:

AIRMET Tangos is issued for turbulence and strong surface winds. For an airmet Tango to be issued, one of the following has to be true:

An AIRMET Zulu is issued for icing conditions and freezing levels. For an airmet Zulu to be issued, one of the following has to be true:

All AIRMETs are issued by the National Weather Service's Aviation Weather Center and are issued for a 6 hour period beginning at 0245 UTC. Airmets are valid for 6 hours but can be amended as necessary due to changing weather conditions or upgraded to a SIGMET.

Airmetss can be issued graphically and textually.

Here is an example of a textually based AIRMET Sierra:

AIRMET SIERRA was issued for the Boston area at 1945Z on the 21st day of the month. This is the third updated issuance of this Boston AIRMET series as indicated by "SIERRA UPDT 3" and is valid until 0200Z on the 22nd. The affected states within the BOS area are: Maine, New Hampshire, Vermont, Massachusetts, New York, and Pennsylvania. Within an area bounded by: Caribou, ME; to Saint Johns, New Brunswick; to 150 nautical miles east of Nantucket, MA; to Newark, NJ; to Ottawa, Ontario; to Caribou, ME. The effected states within Caribou, ME to Millinocket, ME to Concord, NH to Slate Run, PA to Syracuse, NY to Caribou, ME will experience ceilings below 1,000 feet/visibility below 3 SM, precipitation/mist. Conditions will continue beyond 0200Z through 0800Z 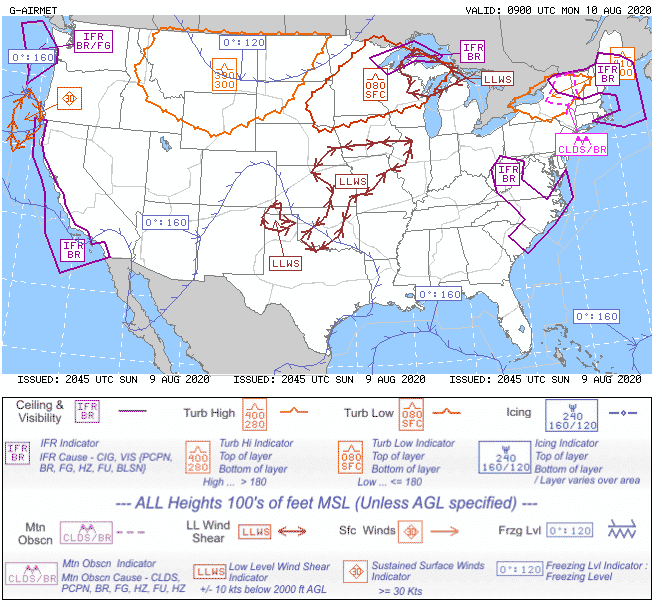 A G-AIRMET is a graphical advisory of weather hazardous to aircraft but is less severe than SIGMETs.

G-AIRMETs are valid at specific time "snapshots" and depict areas and attributes of AIRMET hazards.

Hazards depicted in a graphical airmet are:

Turbulence: Moderate turbulence that is not convectively induced along with the vertical extent

Strong Surface Winds: Areas of sustained surface winds greater than 30 knots. Wind direction and speed are not shown; only the area where sustained winds will occur.

Icing: Moderate icing not convectively induced, including the areal extent

IFR: Areas of cloud ceilings with bases less than 1000ft AGL and/or surface visibilities below three statute miles along with the cause of the visibility restriction.

Mountain Obscuration: Areas of widespread mountain obscuration where visual meteorological conditions cannot be maintained along with the weather causing the obscuration.