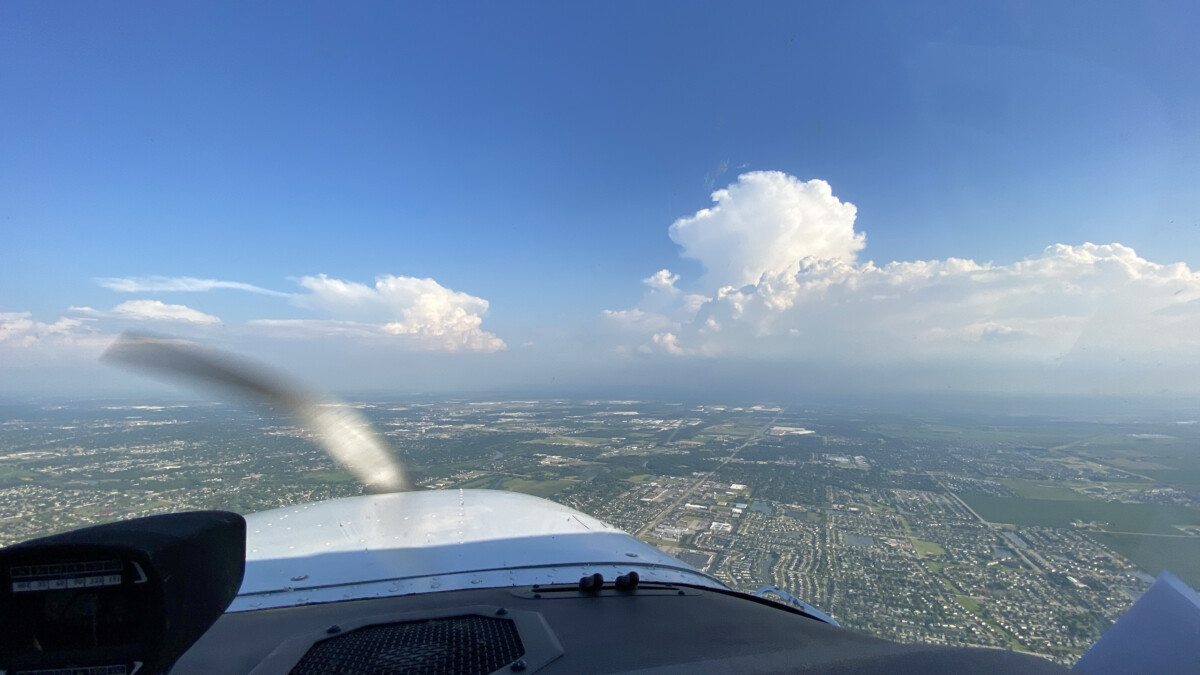 Visual and Contact approaches are two types of approaches that allow a pilot to perform an approach visually while under an IFR clearance.

While similar in nature, a pilot should be knowledgeable of the requirements, advantages, drawbacks, expectations, and differences between the Visual and Contact approach.

A visual approach is an approach authorized by ATC for an aircraft on an IFR flight plan to proceed visually and clear of clouds to an airport of intended landing.

Most IFR flights will end with a visual approach due to the visual approach's ability to increase traffic flow, save on time, fuel, and promote more efficient airspace use than an instrument approach.

Vectors For The Visual Approach

A controller may initiate vectors for a visual approach if the reported ceiling at the airport of intended landing is at least 500ft above the Minimum Vectoring Altitude / Minimum IFR Altitude with a visibility of at least 3 miles.

If the airport of intended landing does not have weather reporting capabilities, the controller must inform the pilot that weather information is not available. In this case, the controller must establish reasonable assurance that the descent and flight to the airport can be made under visual conditions before initiating vectors for a visual approach.

The controller can determine reasonable assurance through area weather reports, PIREPs, and similar weather products. Reasonable assurance is also implied when the pilot requests a visual approach, implying that the descent and flight to the airport can be made visually and clear of clouds. Upon pilot request, the controller may advise the pilot of a nearby AWOS/ASOS frequency to receive weather information.

When being issued vectors for a visual approach, the controller will use the following phraseology:

Clearance For A Visual Approach

While a vector for a visual approach may be initiate when the reported ceiling at the airport is 500ft or more above the MVA/MIA with visibility of at least 3 miles, clearance for a visual approach can only be granted if the reported weather at the airport is 3 miles or greater, with a ceiling at or above 1,000ft, or a reasonable assurance is made.

In areas where MVA's are not available, visual approaches are still allowed if the weather at the airport has a ceiling at or above 1,000ft and a visibility of 3 miles or greater.

To be cleared for a visual approach, the pilot must report either

If the pilot is requested to report the destination airport in sight, or during instances where airports are located within close proximity of one another, the controller may provide the airport's location in relation to the aircraft to reduce pilot confusion.

Additionally, an aircraft may only be cleared for a visual approach when:

Note: Visual separation is not allowed when the leading aircraft is categorized as a super in regards to wake turbulence.

The following phraseology is used when a controller issues a visual approach:

WEATHER NOT AVAILABLE; or

VERIFY THAT YOU HAVE THE (airport) WEATHER

Once cleared for a visual approach, it is the pilot's responsibility to proceed to the airport in a normal manner or follow a preceding aircraft while remaining clear of clouds. If the pilot is following another aircraft, the pilot must establish a safe landing interval behind the leading aircraft and is responsible for maintaining wake turbulence separation.

The pilot should advise ATC immediately if they are unable to continue following the preceding aircraft, cannot remain clear of clouds, needs to climb, or loses sight of the airport.

Pilots should also be aware that radar service is terminated automatically upon being instructed to change to advisory frequency even if not advised by ATC, and that there may be other traffic in the traffic pattern, or the landing sequence may differ from the traffic sequence assigned by a center or approach controller.

Performing A Go-Around During A Visual Approach

If an aircraft cannot complete a landing from a visual approach, they are treated as any other go-around traffic, with appropriate IFR separation provided until the aircraft lands or the pilot cancels their IFR flight plan.

At airports with an operating control tower, pilots that perform a go-around may be requested by the controller to enter the traffic pattern to return for landing. In this case, the pilot is expected to climb to pattern altitude and is required to maintain terrain and obstruction clearance. An altitude assignment may not be given in this case. However, the controller will still be required to maintain the required separation from other traffic.

In the past, there have been several instances of pilots accepting and flying a visual approach in marginal conditions. To receive the clearance, the pilot must have either the airport or lead aircraft in sight, and a ceiling of at least 1,000ft, and a visibility of 3 miles or greater. It is of the utmost importance that a pilot understands that a visual approach allows a pilot flying under IFR to proceed visually to an airport while remaining clear of clouds. Even a thin scattered or isolated layer could prevent a pilot from remaining clear of clouds, even more so during a go-around.

Additionally, even though the pilot is proceeding visually, a visual approach is considered an IFR procedure, and the pilot must comply with all applicable IFR rules. If the pilot wishes to fly under VFR after receiving clearance for the Visual Approach, it is the pilot's responsibility to notify ATC and cancel the IFR flight plan.

Contact approaches inherently pose a greater operational risk (similar to a Special VFR clearance) and are useful for specific circumstances but should not be considered the main plan of action.

Contact approaches are not intended for use by a pilot on an IFR flight clearance to operate to an airport without a published or functional instrument approach procedure.

They are also not intended for an aircraft to fly an instrument approach to one airport and then, when "in the clear," discontinue that approach and proceed to another airport.

For a pilot to conduct a Contact Approach, the following requirements must be met:

By requesting a contact approach, the pilot indicates that the flight is operating clear of clouds, has at least one-mile flight visibility, and reasonably expects to continue to the destination airport in those conditions.

Pilots also must advise ATC immediately if they cannot continue the contact approach or if they encounter a flight visibility of less than 1 mile. It should be noted that there are no published missed instructions for a Contact Approach. Pilots should be highly aware of this and only request a contact approach if they are highly certain the approach can be completed.

Controllers should verify that the reported ground visibility at the destination airport is at least 1 mile and should provide approved separation between an aircraft performing a contact approach and other IFR or Special VFR aircraft.

Controllers may not assign a fixed altitude to perform a contact approach. Instead, a controller will clear an aircraft at or below an altitude at least 1,000ft below any IFR traffic but not below the Minimum Safe Altitudes listed in 14 CFR part 91.119.

If the controller makes a judgment that the current weather conditions may make a contact approach impracticable, they may deny the request for the contact approach or may issue alternative instructions to the pilot.

A controller will issue a Contact Approach with the following phraseology:

AT OR BELOW (altitude) (routing).

IF NOT POSSIBLE, (alternative procedures), AND ADVISE.