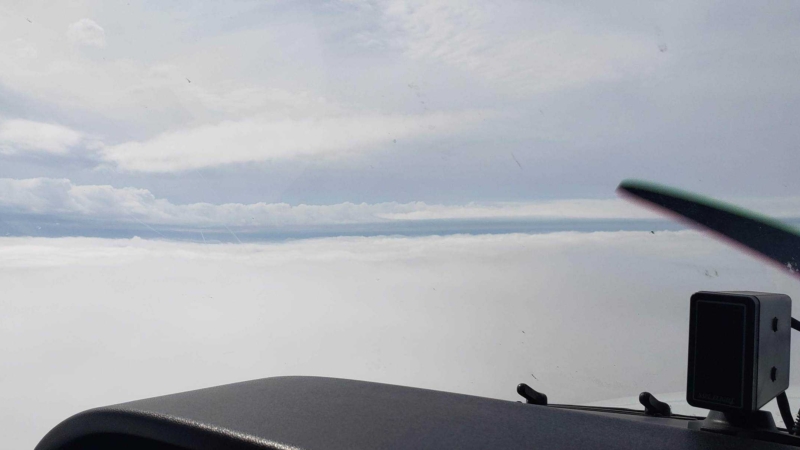 A hold, or holding pattern, is a predetermined maneuver that keeps aircraft within specific airspace while awaiting further clearance.

Flying a hold, or "holding" is usually required during times of high traffic and weather. However, other reasons to hold may occur, such as a pilot needing more time to set up for an approach.

Anatomy Of A Hold

A hold begins with a fix. A fix is a point that can be many types of navaids such as a VOR, Airway Intersection, NDB, GPS Waypoint, or radial with a DME distance.

All holds should be flown as a "standard hold" unless otherwise published or requested by ATC.

Turning In A Hold

All turns during the entry into a hold and while holding are performed with whichever requires the lowest bank angle:

In most situations, a 3 degree per second, or standard rate, will be used.

With standard rate turns, a standard hold should take 4 minutes to complete, with each leg of the hold consisting of 1 minute.

In conditions with wind, a standard holding pattern cannot be flown. With wind, a pilot is expected to:

To compensate for wind, a pilot will adjust to the wind with drift corrections and changing the amount of time flown on the outbound leg.

To adjust for headwinds and tailwinds, a pilot will add or subtract from the amount of time flown during the outbound leg to achieve an inbound leg of 1 minute or 1.5 minutes above 14,000ft.

Since most winds are not a perfect headwind, tailwind, or crosswind, pilots need to adjust the outbound leg's timing and drift correction simultaneously.

When ATC issues a hold that is not published, ATC will issue a clearance that includes: