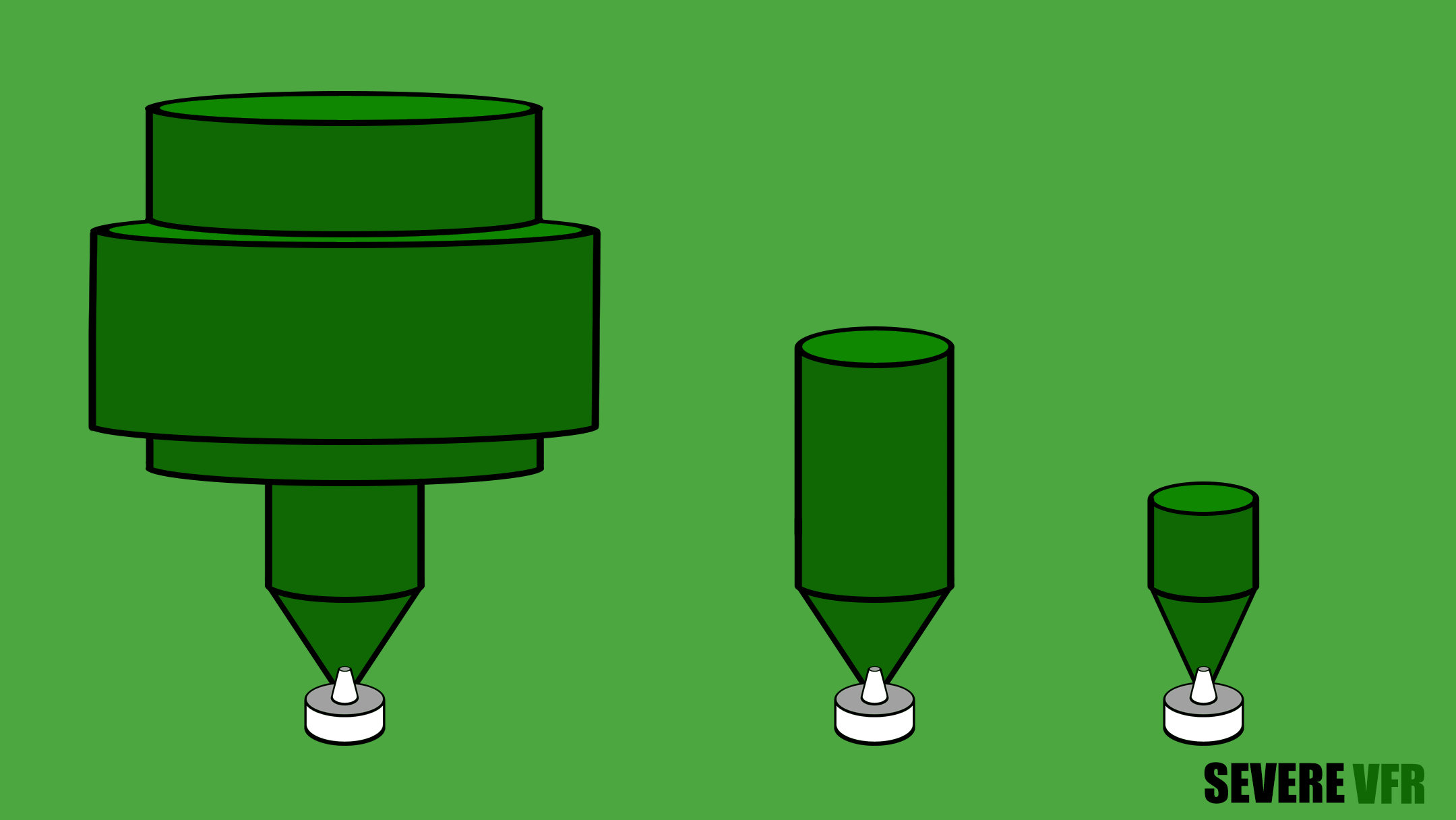 A VOR's service volume does not apply to VORs classified as restricted or any published IFR routes or procedures.
VORs will have either a high, low, or terminal service volume. 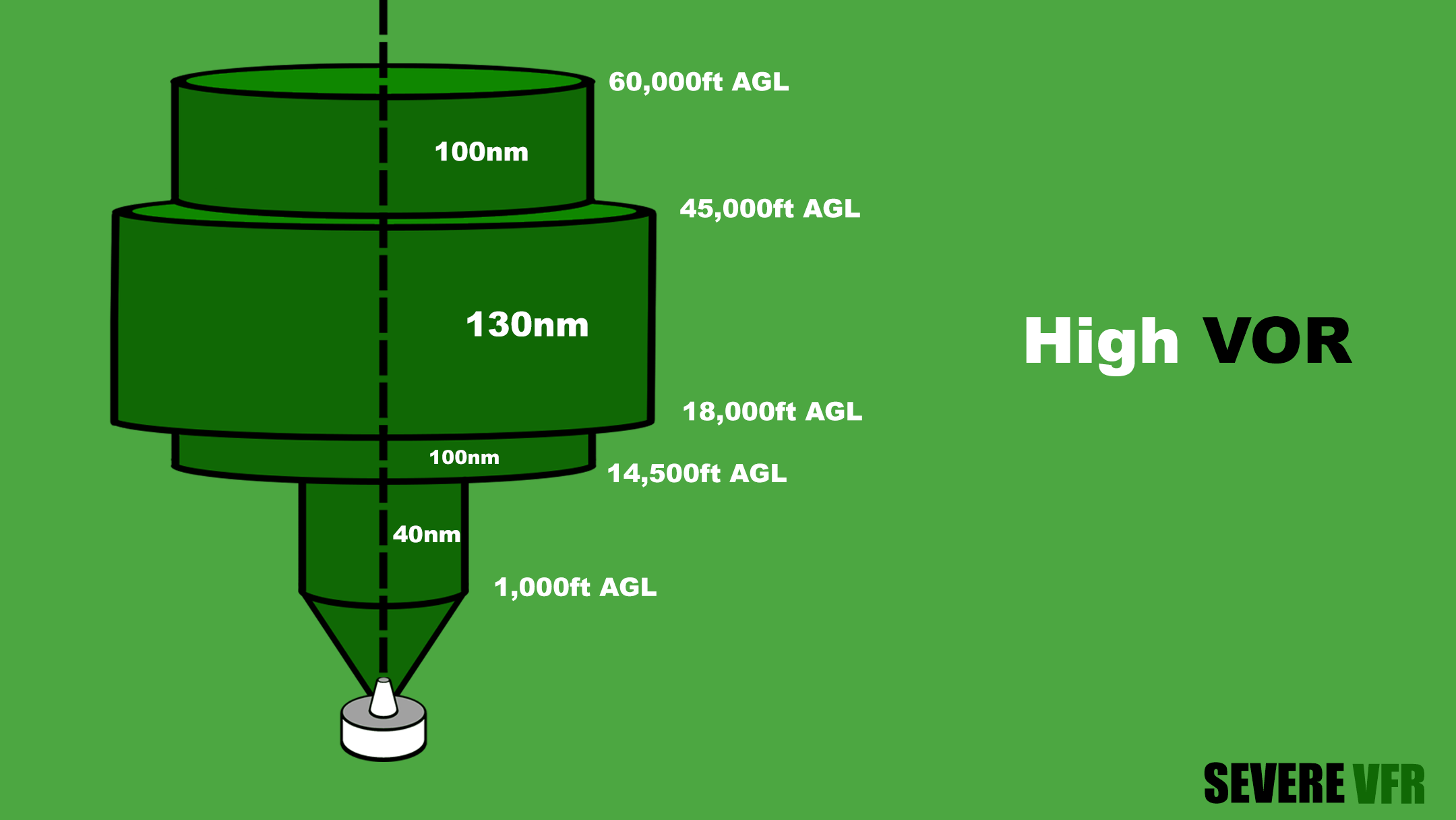 Of the three service volumes, the High VOR has the largest service volume. A high VOR can reliably transmit navigation information from 1000-60,000ft and can be received up to 130nm from the actual VOR.

A high VOR's large service volume allows aircraft operating above FL180 to navigate off published airways with VOR receivers if other navigation methods are not available. Such as GPS. 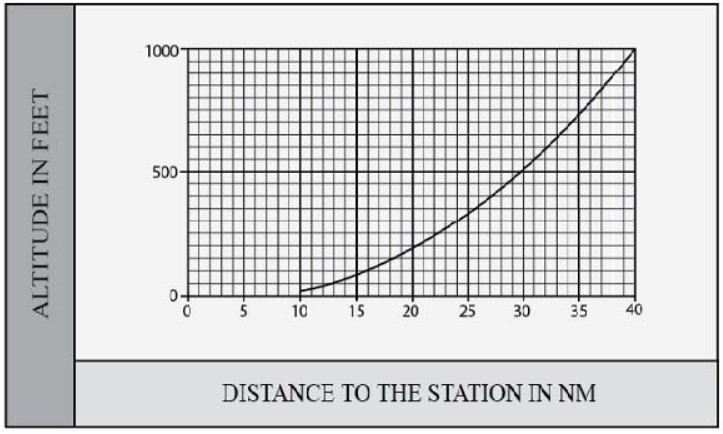 For an aircraft to be operating in the lower edge of a VORs' surface volume, it must operate at an altitude and distance above or at the line shown on the graph above. Operating below the line does not guarantee a reliable signal and should not be used for navigational purposes.

The graph above shows the lower edge of both a high and low VORs surface volume. 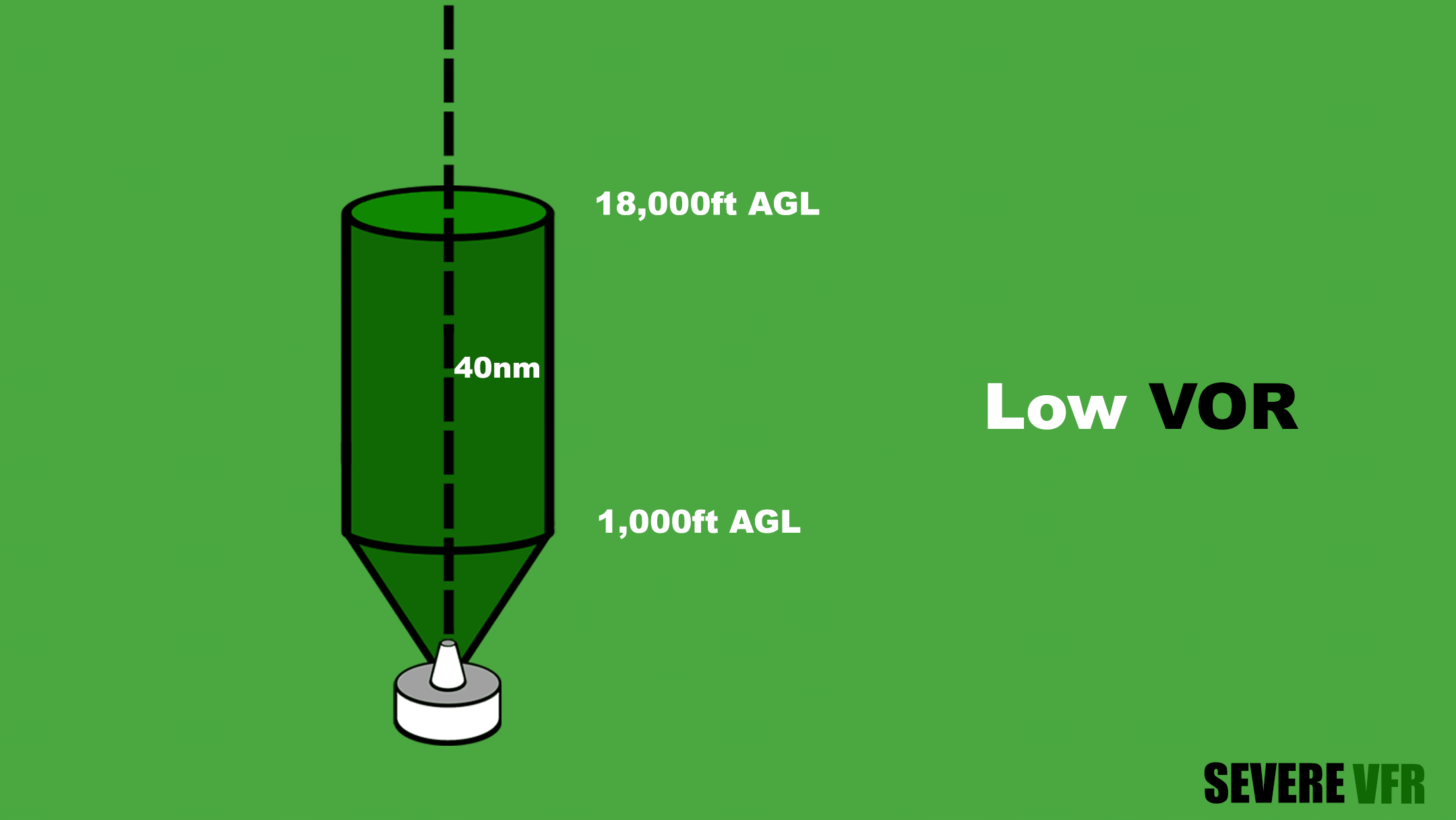 A low VOR has a much smaller service volume than a high VOR. However, it still has greater coverage than a terminal VOR.

Low VORs have a service volume extending from 1000ft AGL up to 18,000ft AGL within a 40nm radius of the VOR. The lower edge of a low VORs service volume is the same as a high VOR.

Low VORs are generally more common than high VORs and make up most VFR and low IFR airways. However, high VORs are still capable of being used. 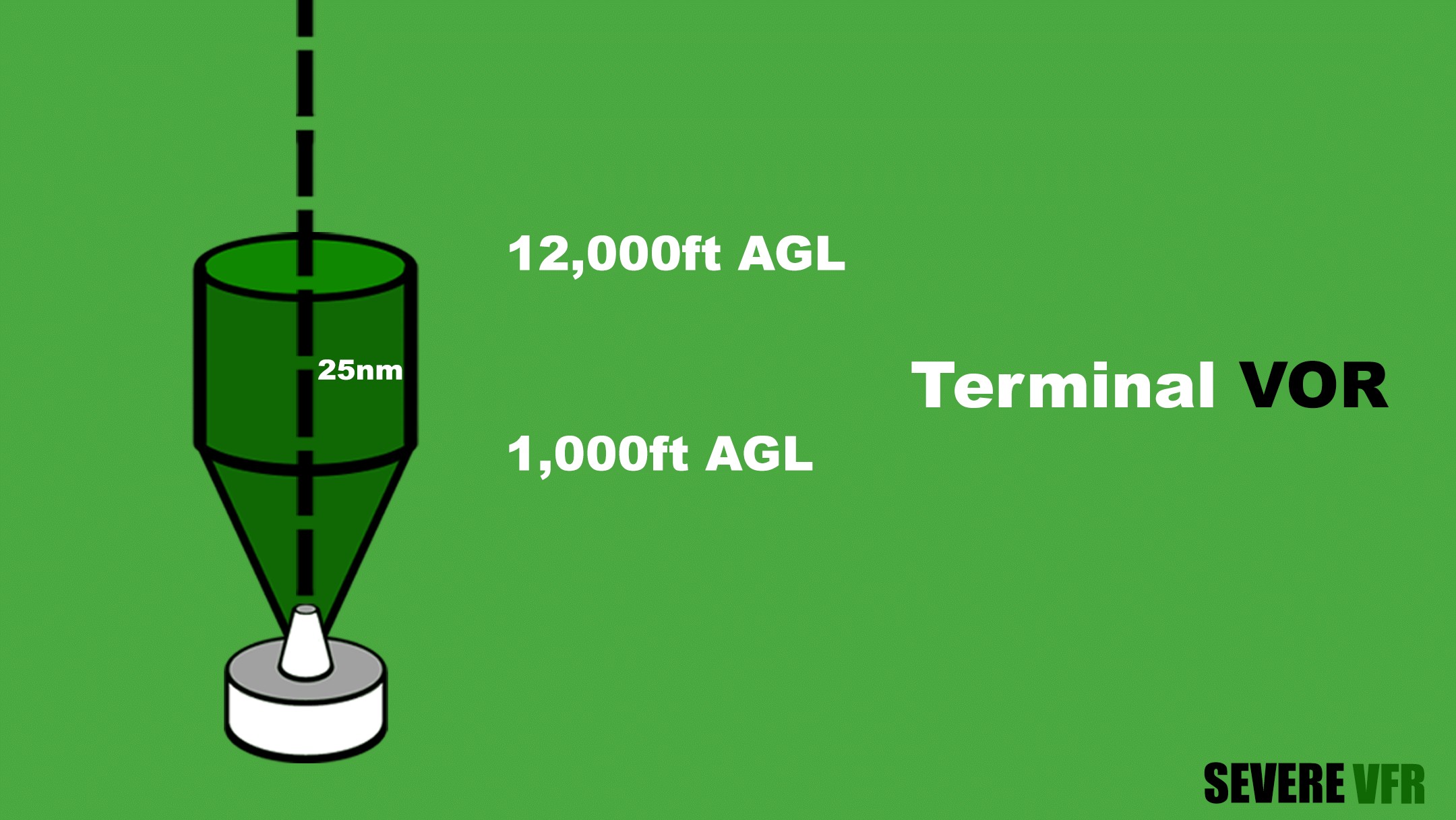 Terminal VORs have the smallest service volume of all types of VORs. The terminal VOR is generally found around terminal and airport areas, hence its name.

Terminal VORs are used for navigating into and out of airports and generally are used as a navigation source for instrument approaches into an airport.

A terminal VOR's nature typically does not make it a suitable navigation device from one location to another. However, aircraft operating within a small area may find a greater use than other aircraft. 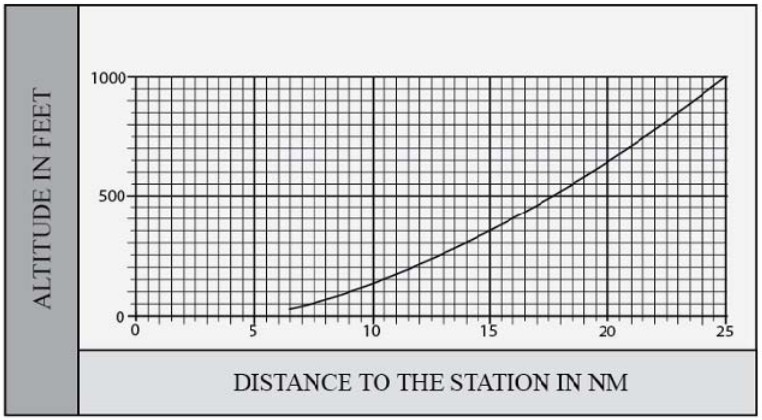 The lower edge of a terminal VORs service area differs from the high and low VORs' lower edge.

Like the lower edge of high and low VORs, an aircraft must be at an altitude and distance at or above the line shown on the graph above. Operating below the line puts an aircraft outside of the terminal VORs service area, possibly resulting in navigational and signal errors.