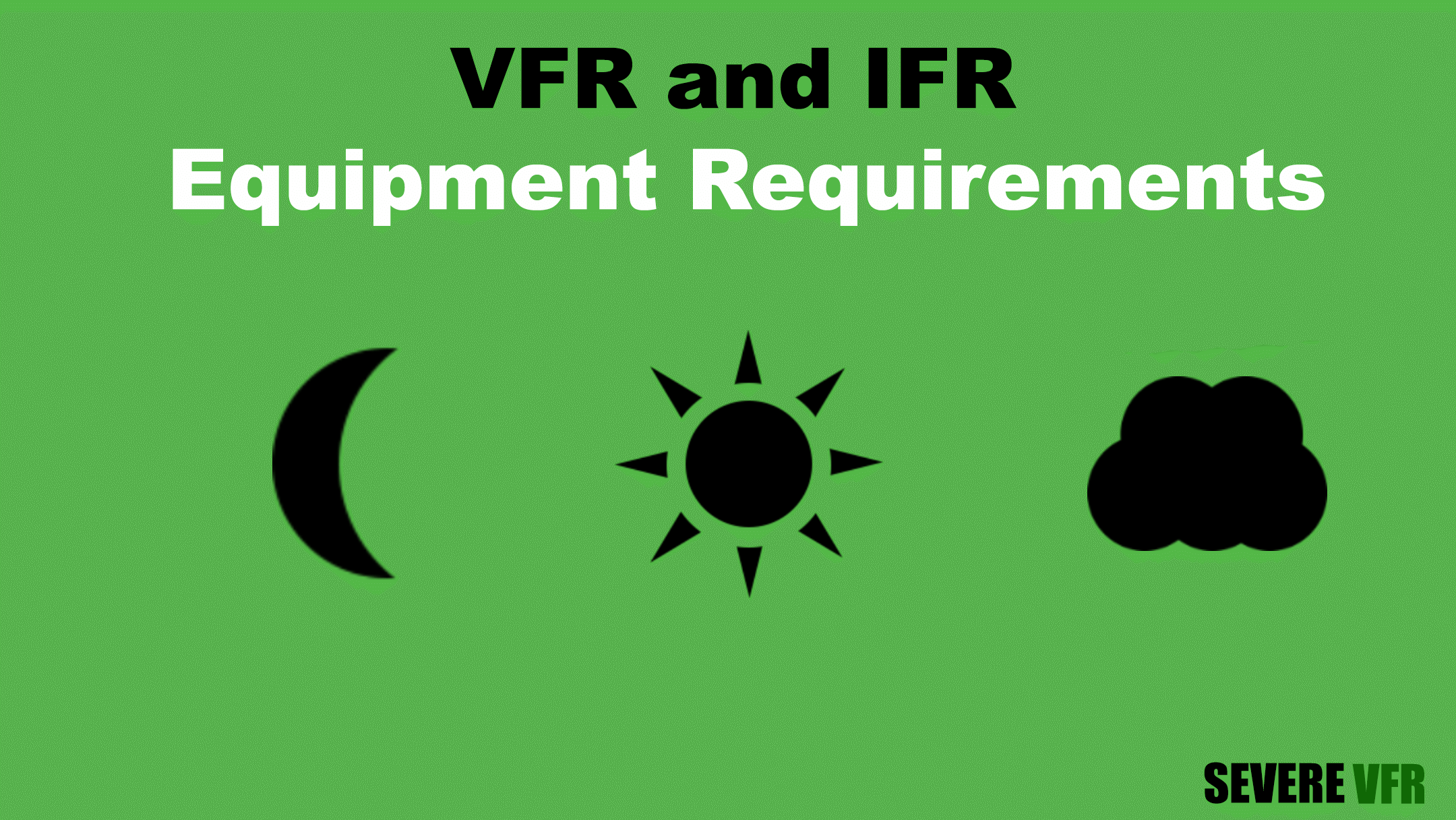 According to Part 91.205, for an aircraft to legally be able to operate under VFR or IFR it is required to have a minimum amount of equipment installed and operational. 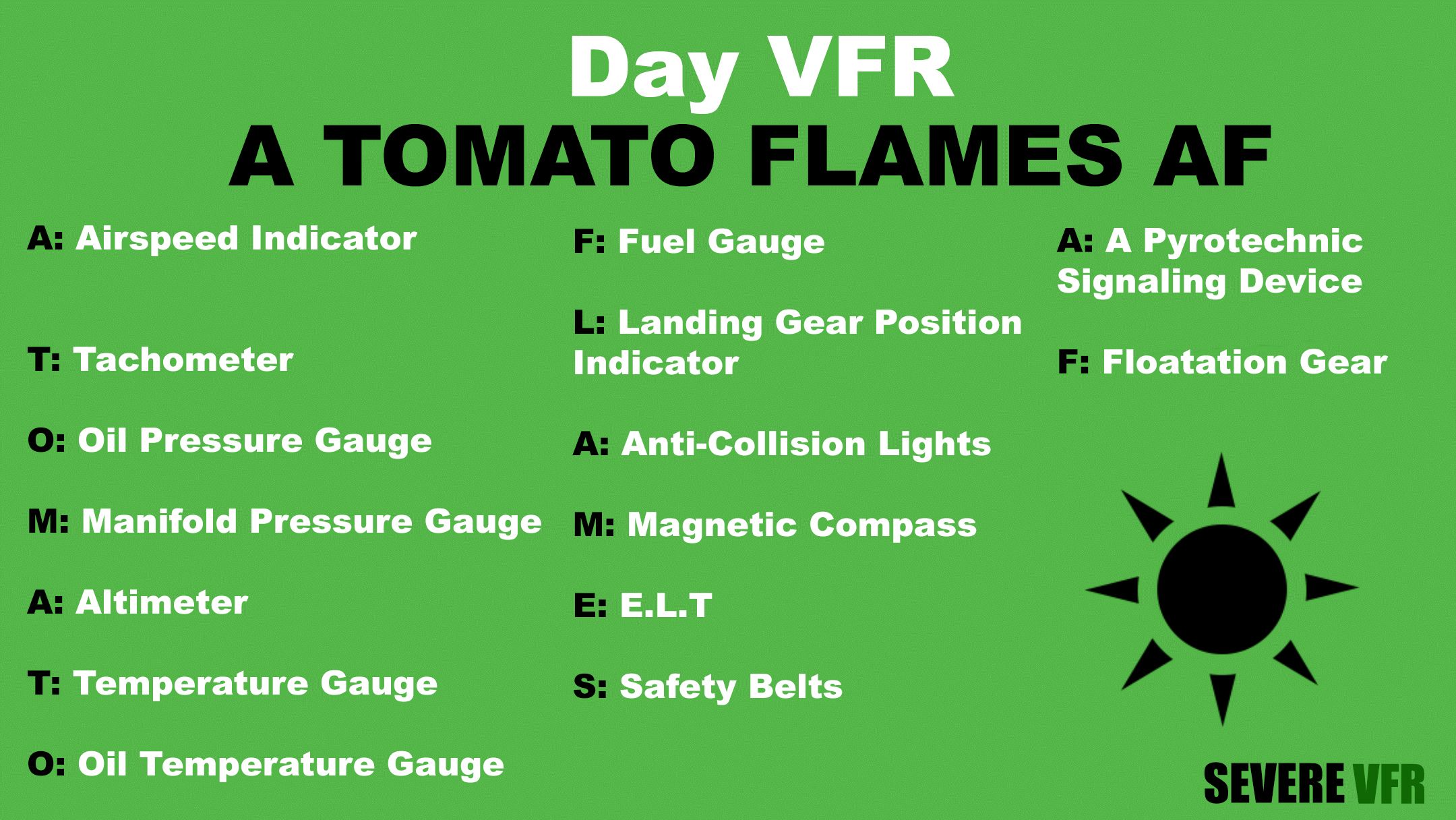 A large group of instruments, widely remembered with the acronym A TOMATO FLAMES AF, is required for day VFR operations.

Not everything listed is necessarily required. For instance, if your aircraft does not have retractable gear, you do not need a landing gear position indicator.

Other items could include:

Additionally, aircraft may require duplicates of certain instruments. For instance, multi-engine aircraft are required to have the respective engine gauges for each engine.

Other equipment that may require duplicates includes:

Note: While this regulation does allow aircraft made before specific dates and occupants under two years old not to require a safety belt, it is in the best interest of safety to have every passenger wear a seat belt.

If this regulation isn't hard enough, the requirements for anti-collision lights only applies to aircraft certificated after March 11, 1996

Lastly, there are certain exceptions to the emergency locator transmitter. However, this topic is worthy of its own discussion. You can read about ELT exceptions under 14 CFR 91.207

One thing the standard ATOMATOFLAMES acronym does not cover is flotation gear. That's why we suggest adding AF to the end of the acronym.

According to Part 91.205, if the aircraft is operated for hire over water and beyond power-off gliding distance, approved flotation gear for each occupant and a pyrotechnic device must be readily available. 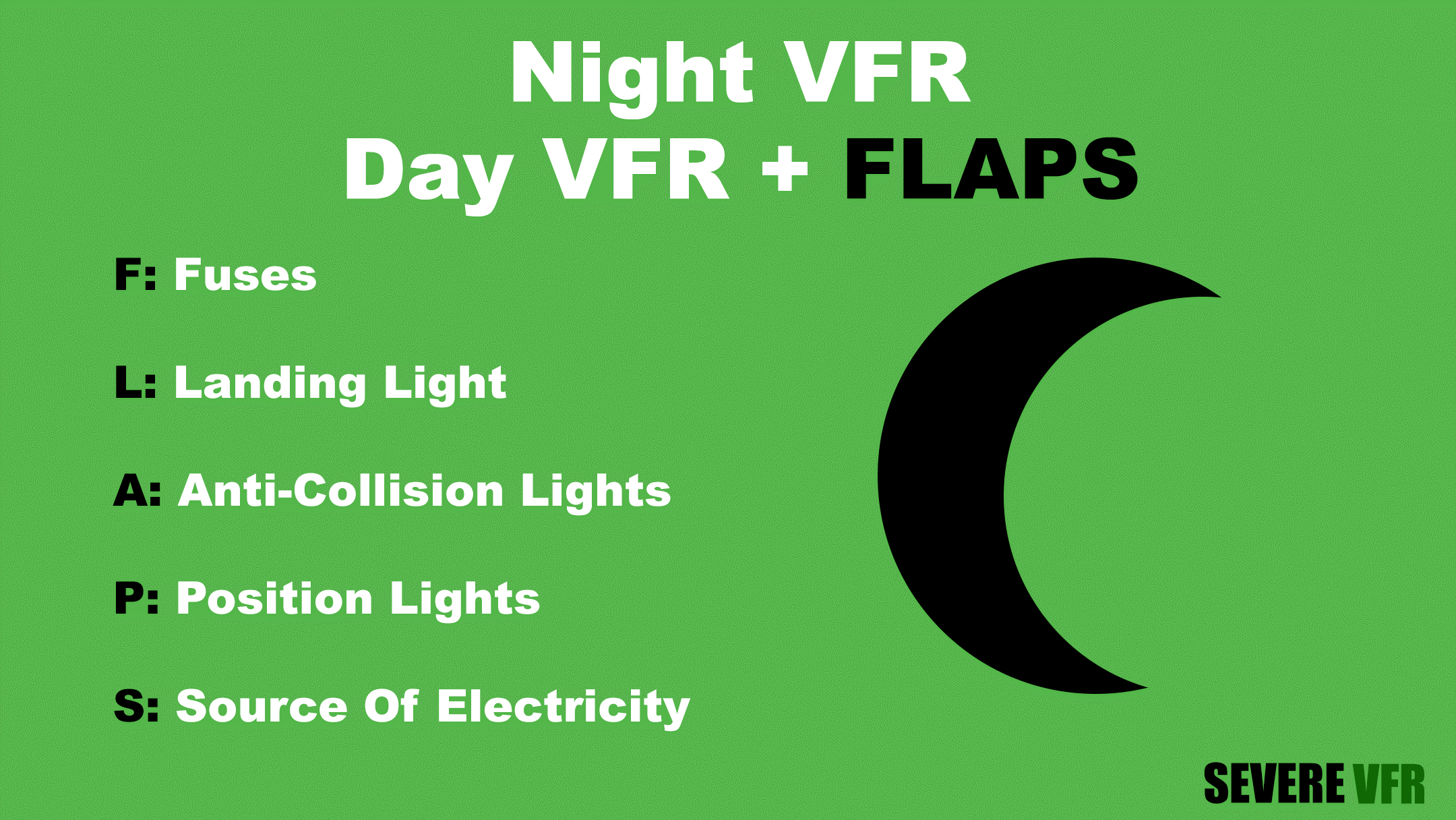 As with the day VFR requirements, not all the listed equipment is necessarily required.

Along the same lines, the requirement for a landing light is only required if you are flying for hire.

Finally, all aircraft are required to have an anti-collision system regardless of the aircraft's certification date. 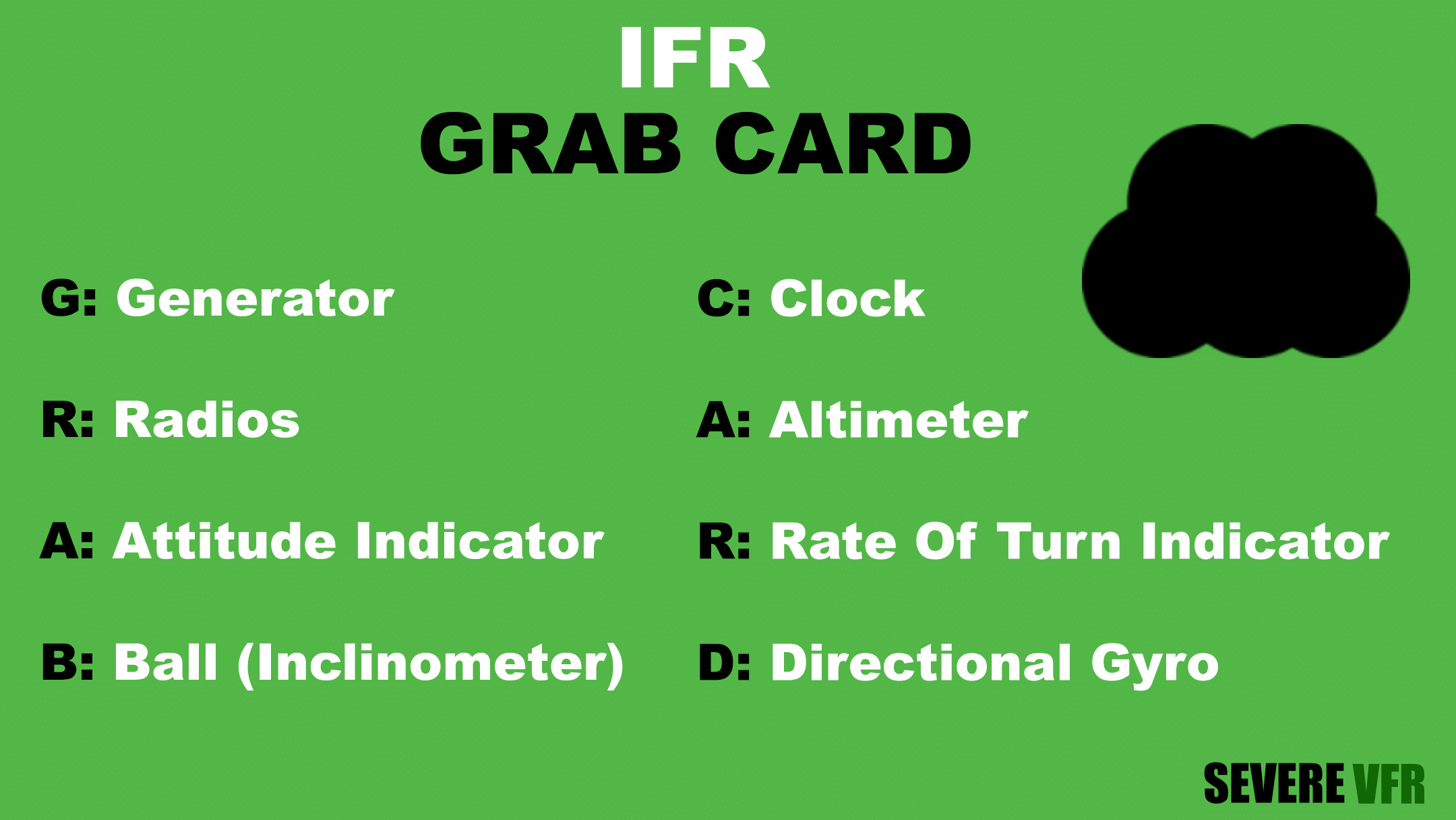 To fly an aircraft under an IFR flight plan the pilot must be instrument rated and current. Additionally, your aircraft must have all the day VFR, and night VFR equipment requirements if flying at night, plus an entirely new set of instruments remembered with the acronym: GRAB CARD.

Under VFR day equipment, an altimeter was listed. IFR equipment also requires an altimeter. However, to meet IFR requirements, the altimeter must be adjustable and sensitive to barometric pressure. A typical barometric altimeter satisfies this. GPS-based altimeters do not fulfill this requirement.