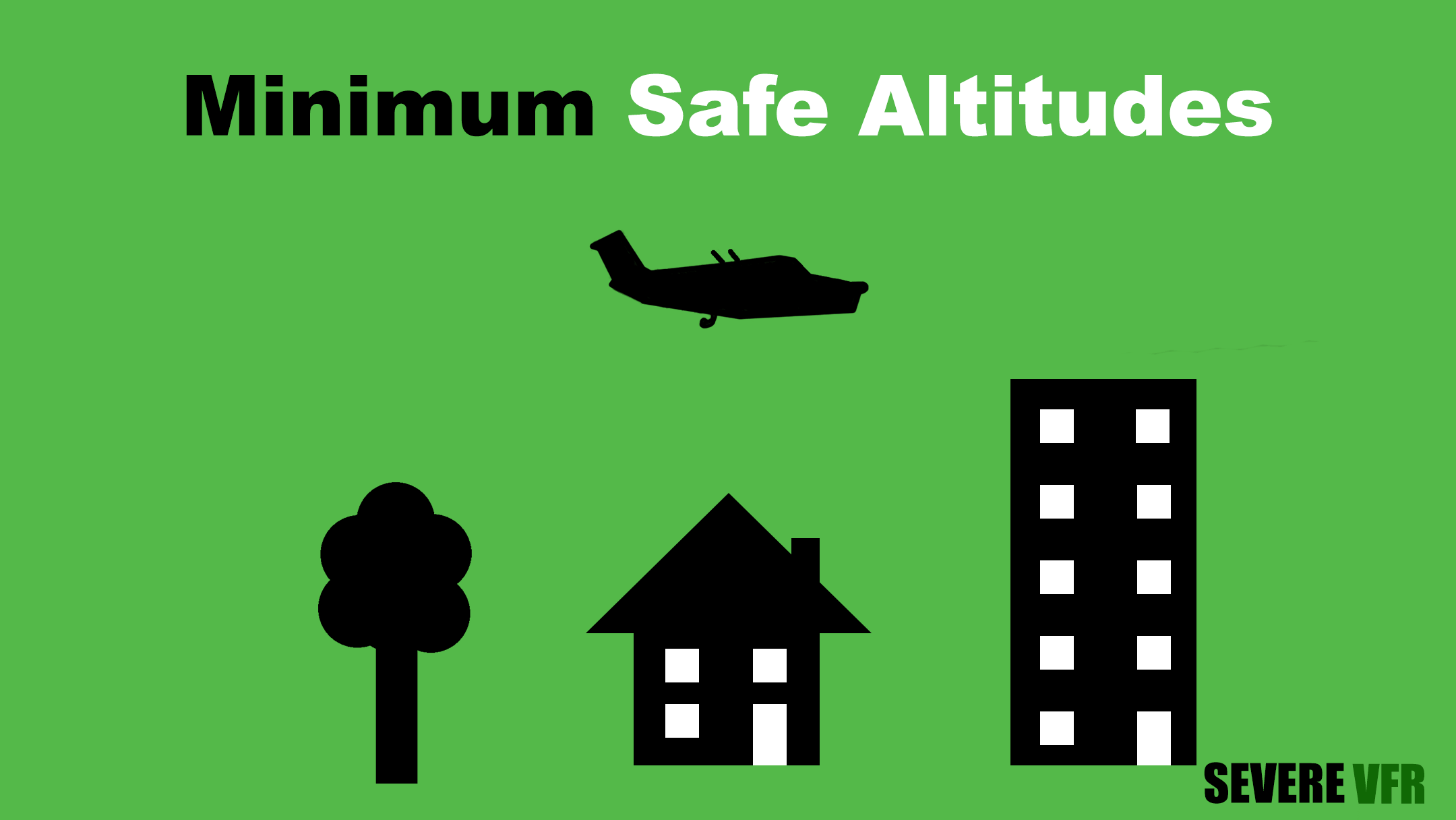 14 CFR Part 91.119 lists the lowest altitude, or minimum safe altitude, that a pilot may operate an aircraft at any given time. 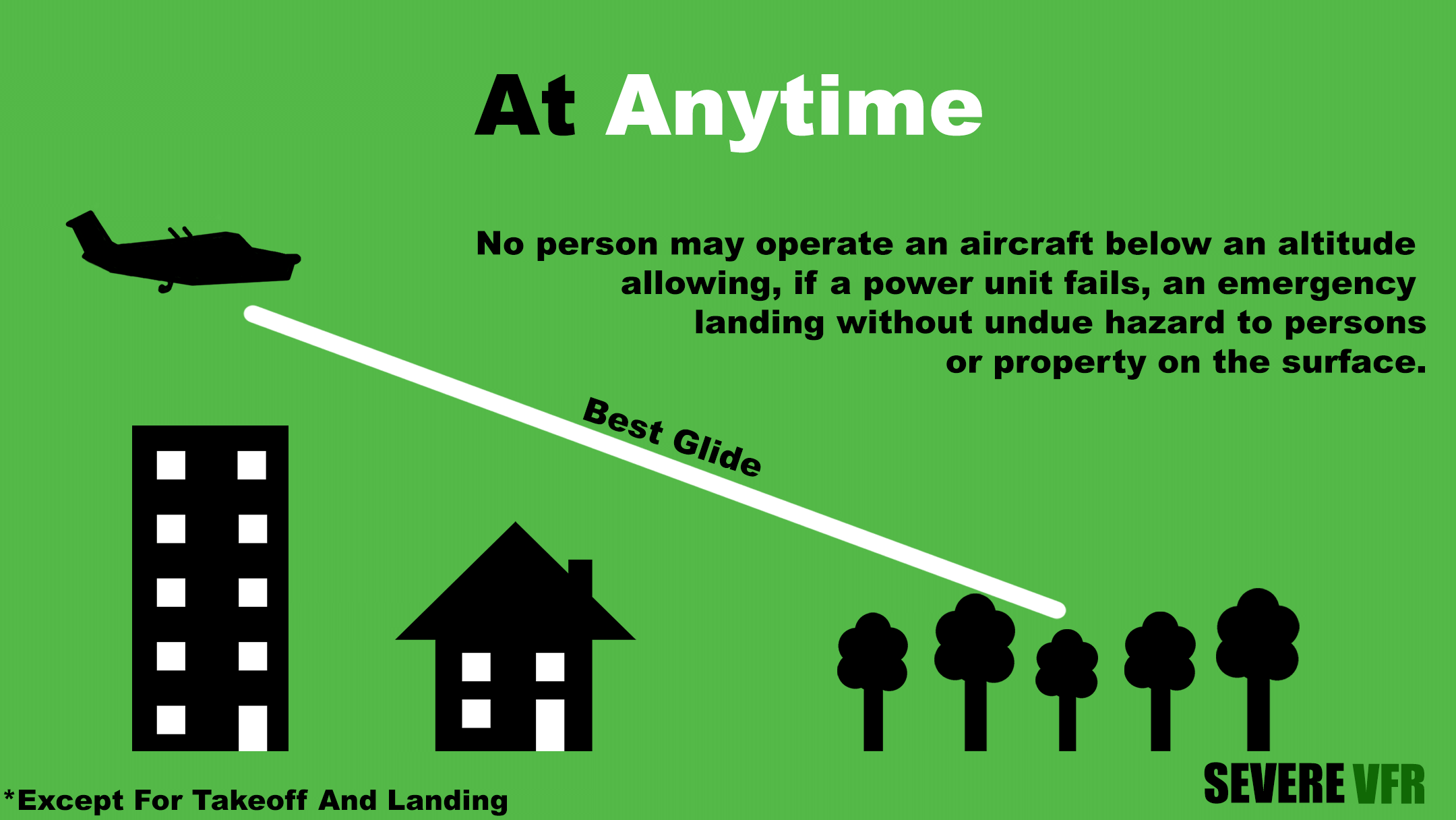 Besides takeoff and landing, a pilot cannot fly an aircraft below an altitude that would cause an undue hazard to persons or property on the surface should the engine fail.

Therefore, if the engine fails, the pilot must fly at an altitude that would allow the aircraft to glide to a suitable emergency landing field at all times. The only time this rule does not apply is during takeoff and landing. 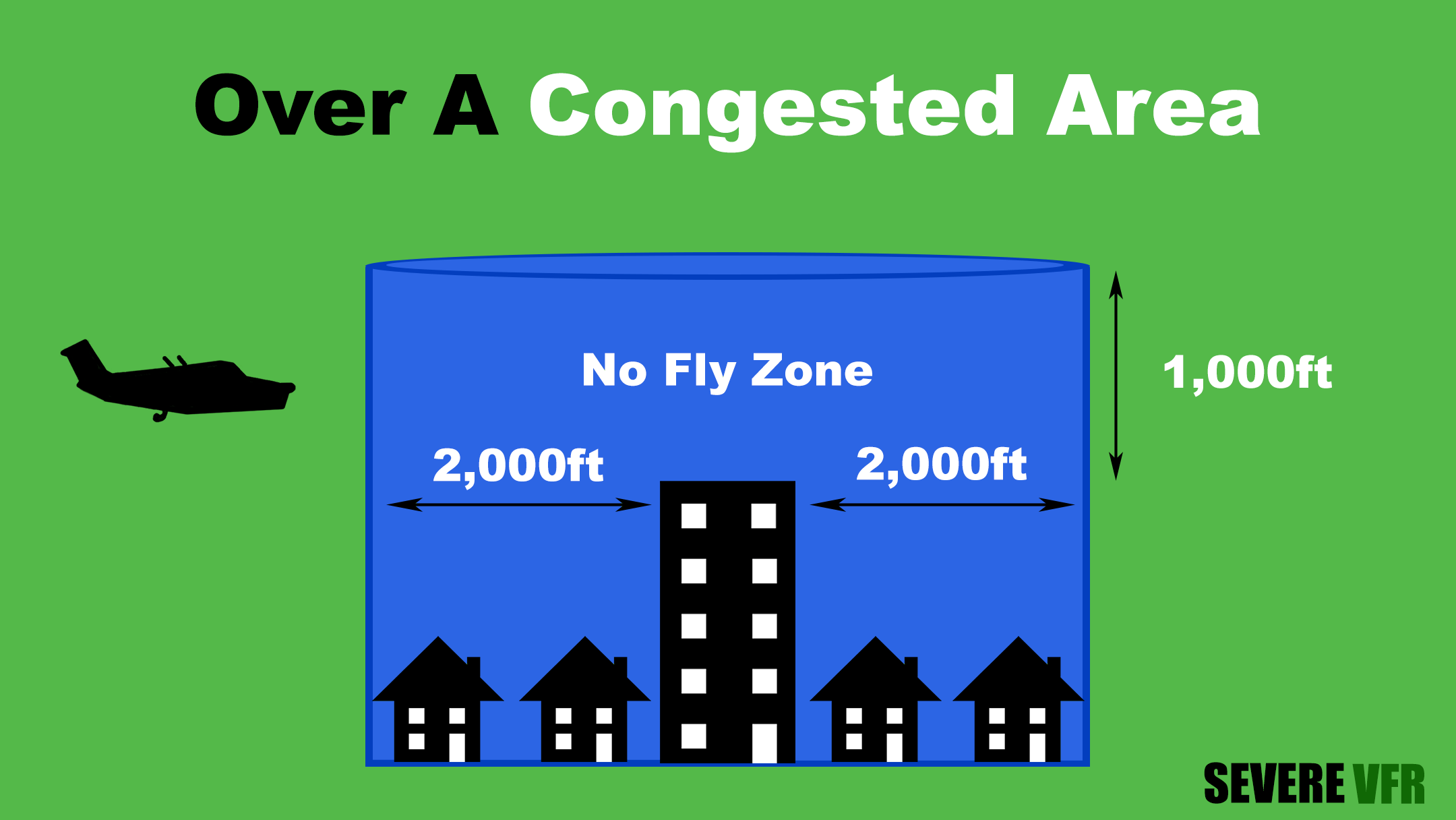 Congested areas consist of cities, towns, settlements, and open-air assemblies of people. When flying over a congested area, a pilot must fly their aircraft at least 1000ft above the highest obstacle within a horizontal radius of 2000ft around the aircraft. 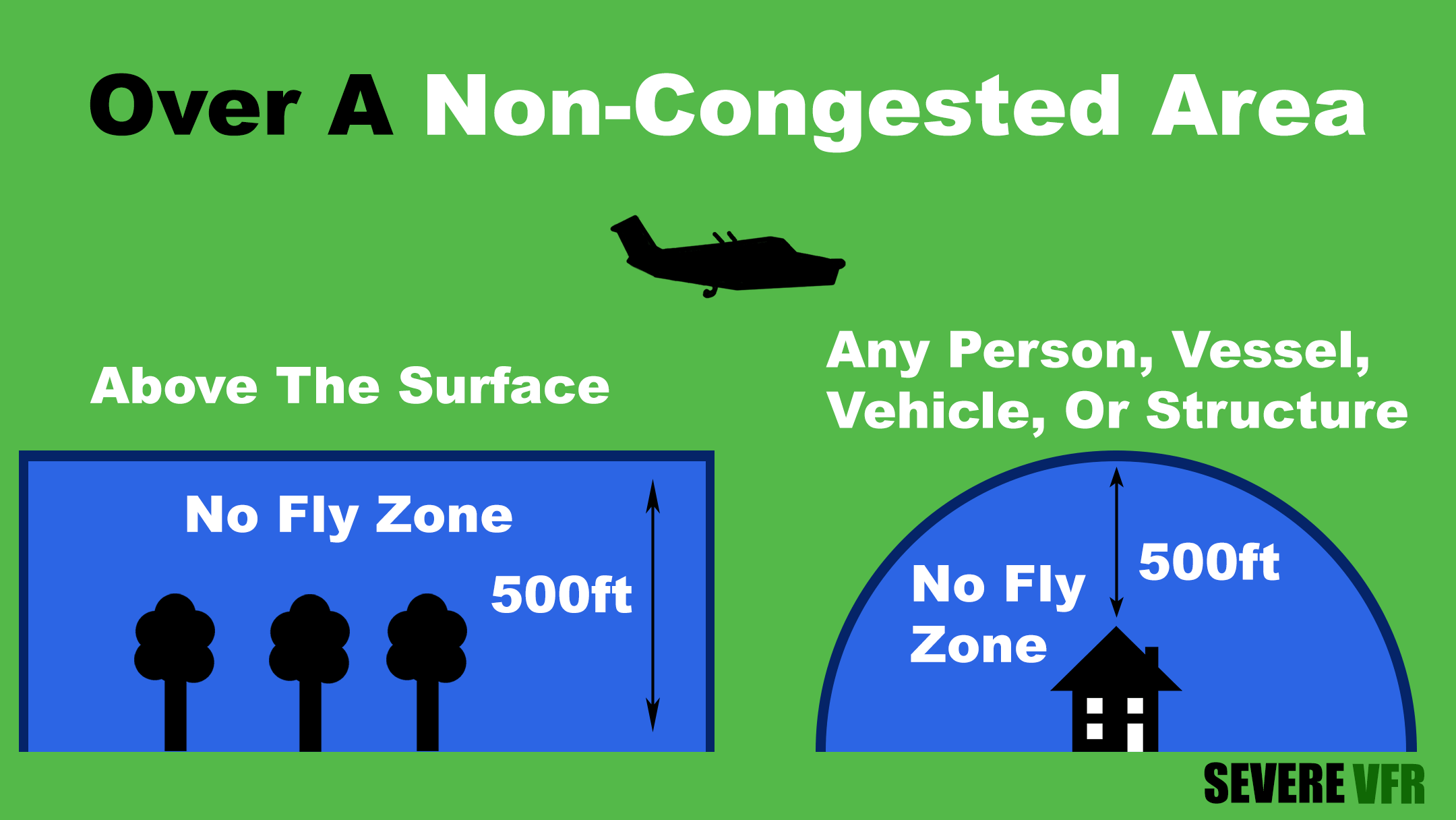 While flying over non-congested areas, a pilot must fly their aircraft at least 500ft above the surface.

When flying over water or a sparsely populated area, a pilot may not allow their aircraft to fly closer than 500ft to any person, vessel, vehicle, or structure.

What Counts As A Congested Area?

Instead, the FAA will use a case-by-case basis analysis to determine if a pilot has violated part 91.119.

According to the FAA, the purpose of this is to balance the pilots' interests and the need to protect persons and property on the ground.

While the protection of those on the ground has always been the intention of this regulation, this lack of formal definition creates a grey area. It can leave a pilot questioning what is and is not allowed.

The FAA has found pilots in violation of part 91.119 in the following examples:

We know that factors involved in determining if an area is considered congested include the area's housing density, people's presence, and whether buildings are occupied.

In past legal cases, the NTSB has determined that a subdivision comprised of a minimum of 20 houses, in an area approximately .5 miles by .66miles, would qualify as a congested area.

14 CFR Part 91.119 does not apply to aircraft that are taking off or landing. The FAA has determined that an aircraft performing operations within an airport's traffic pattern are generally exempt from part 91.119. The FAA states that aircraft operating within a traffic pattern are exempted from the regulation for a considerable portion of each pattern, i.e., during the climb to pattern altitude following each takeoff and descent from pattern altitude prior to each landing.

The FAA has also taken this approach and applies it equally to different types of pattern operations. Other pattern operations can include practice approaches, repeated touch and goes, stop and goes, and low approaches. The NTSB has also applied these exceptions to touch and go landings and other practice maneuvers such as simulated landings. The NTSB reasons that these practice maneuvers are exceptions to the rule because their purpose is to improve a pilot's capabilities.

Any other operations outside the traffic pattern must operate per part 91.119.

Pilots have been found to be in violation of part 91.119 for not following a "reasonable departure procedure." Such a case can be found where a pilot was circling homes half a mile from an airport at 100ft to verify the aircraft was functioning normally.

It is still best practice to remember the FAA does consider low flying aircraft violations on a case-by-case basis. It is not recommended to use past cases to determine if an operation is legal.