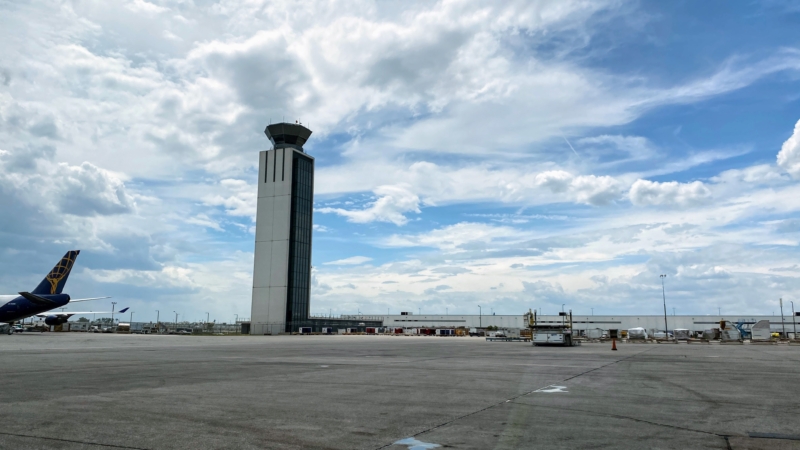 To be considered a Class B airspace designation candidate, the candidate airport must meet the criteria listed under Order JO 7400.2M.

To qualify as Class B airspace, the candidate airport must: 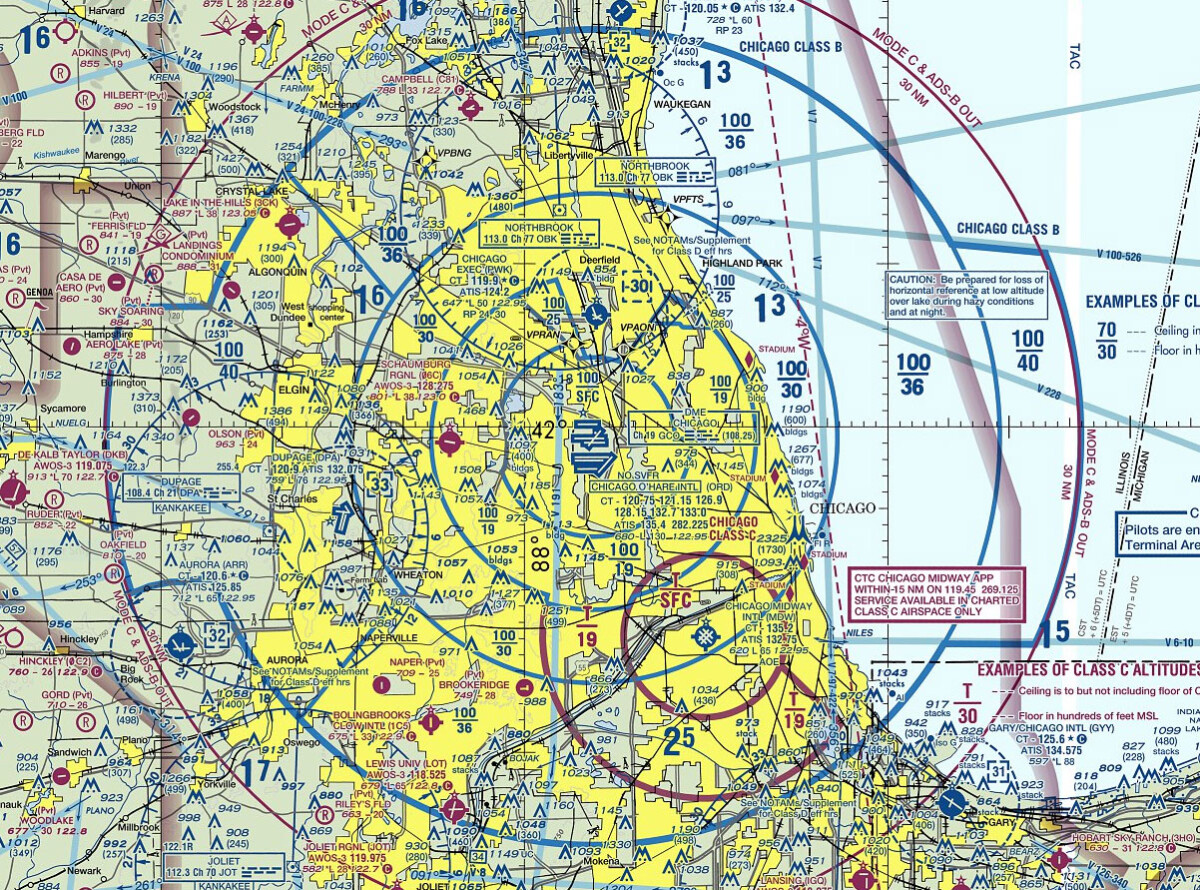 Class B airspace is regulatory in nature and is generally airspace from the surface to 10,000ft MSL surrounding the nation's busiest airports.

However, there is no standard Class B design. Instead, the size and shape of a Class B airspace area will vary depending upon location-specific ATC operational and safety requirements.

Class B airspace is designed to be as simple as possible with a minimum amount of sub-areas as possible. However, the vertical and lateral limits of the airspace must contain all instrument procedures at the primary airport(s) within the Class B airspace.

Designers keep the following in mind while designing Class B airspace:

When defining the lateral boundaries, the following must be kept in mind:

The surface area of class B airspace should be designed based upon operational needs, runway alignment, adjacent regulatory airspace, and adjacent airports. However, the surface area must, at a minimum, encompasses all final approach fixes.

The intermediate and outer shelf sub-areas may be subdivided based on terrain and other regulatory airspaces but must contain instrument procedures.

The upper limit or maximum height of Class B airspace should not exceed 10,000ft MSL. However, airports with high field elevations, adjacent terrain, and specific operational needs may have an upper limit of greater than 10,000ft MSL.

The vertical limits of subfloors and intermediate and outer shelf areas should step up with distance from the airport. The floors of these areas will be predicated on the instrument procedure climb and descent gradients to ensure containment of those procedures. The floors of sub-areas shelves can be adjusted considering the terrain, adjacent regulatory airspace, and common vectored flight paths that are not published in any procedure. However, sub-area exclusions are permitted to accommodate adjacent regulatory airspace and/or terrain.

Different Class B altitude ceilings may be designated for specific sub-areas if there is an operational or airspace efficiency advantage, provided it does not cause pilot confusion or lead to inadvertent intrusions and excursions of the Class B airspace area.

Part 91.131(a) lists the operational requirements to operate within Class B airspace.

The most critical operational requirement for Class B airspace is that the pilot must receive an ATC clearance to enter class B airspace. IFR aircraft will receive this clearance when they receive their initial IFR clearance or an amended clearance at some point in the flight.

VFR aircraft must specifically hear the following phraseology to be considered cleared to enter bravo airspace: [Callsign] CLEARED THROUGH/TO ENTER/OUT OF BRAVO AIRSPACE, and as appropriate, VIA (route). MAINTAIN (altitude) WHILE IN BRAVO AIRSPACE. or, CLEARED AS REQUESTED. ATC will then add additional instructions as necessary.

If ATC can not clear a VFR aircraft through bravo airspace, the following phraseology will be used: [Callsign] REMAIN OUTSIDE BRAVO AIRSPACE.ATC will also give the reason the aircraft must remain outside the bravo airspace and additional instructions if needed.

VFR aircraft that are cleared into the bravo will also be notified when they are leaving the bravo airspace with the following phraseology: LEAVING (name) BRAVO AIRSPACE, and as appropriate, RESUME OWN NAVIGATION, REMAIN THIS FREQUENCY FOR TRAFFIC ADVISORIES, RADAR SERVICE TERMINATED, SQUAWK ONE TWO ZERO ZERO.

All aircraft that wish to operate in Class B airspace must:

IFR aircraft must also be equipped with either an operable VOR, TACAN, or suitable RNAV system.

However, a recreational, sport, or student pilot may operate within Class B airspace if certain requirements are met.

Student pilots may operate within Class B airspace if they have met the requirements of Part 61.94 or Part 61.95 as applicable.

Recreational, sport, or student pilots may also land and take off at an airport located within a Class B airspace area as long as the airport is not any of the following airports:

To land at any of these airports requires the pilot to hold at least a private pilot certificate. 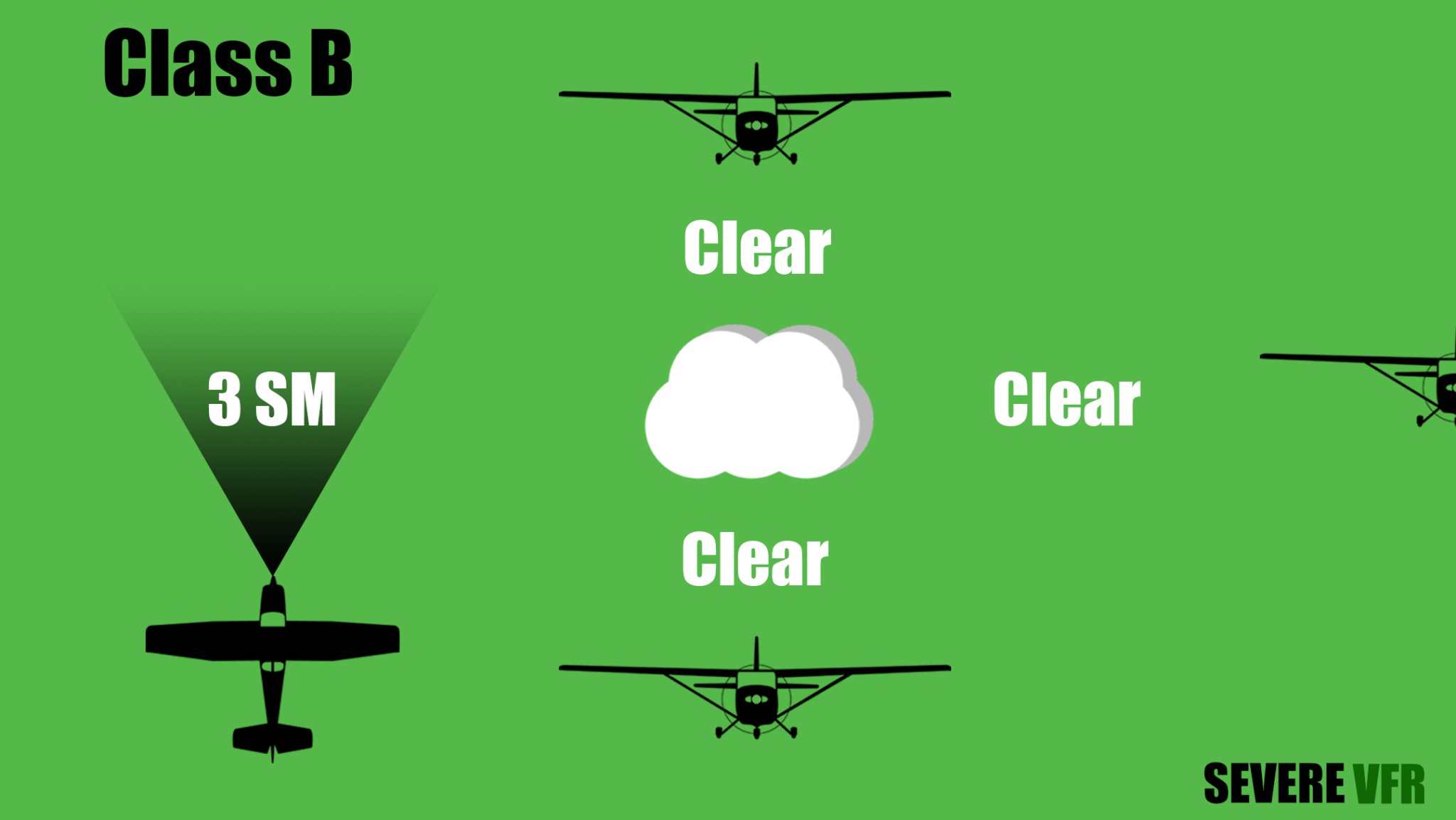 In Class B airspace, all aircraft are essentially treated as IFR traffic even if being flown under VFR. ATC will provide spacing and traffic advisories removing much of the pilot's burden to see and avoid; however, it is still the pilot's responsibility to watch for other traffic at all times.

Since every aircraft is treated as if they are an IFR aircraft, a VFR aircraft simply must remain clear of clouds and have a forward visibility of at least 3sm.

A common misconception with Bravo airspace is that a pilot can not travel at an indicated airspeed greater than 250 knots while in Bravo airspace.

This misconception comes from Part 91.117(a), which states: Unless otherwise authorized by the Administrator, no person may operate an aircraft below 10,000 feet MSL at an indicated airspeed of more than 250 knots (288 m.p.h.).

However, Part 91.117(d) states that if a pilot required a minimum safe airspeed for any particular operation greater than these speeds, the pilot may operate at that minimum speed.