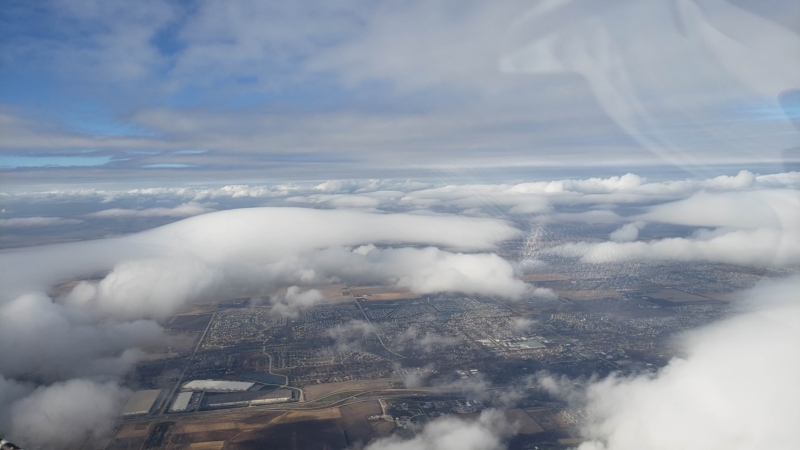 Hypoxia causes impaired brain and organ functions, which results in a reduction in mental capacity and potentially life-threatening errors in the cockpit.

Hypoxia is defined as a lack of oxygen in the body. The FAA recognizes four types of hypoxia:

Hypoxic hypoxia is caused by a reduction in the partial pressure of oxygen. Hypoxic hypoxia is the most likely type of hypoxia to be encountered while in flight and can begin to occur at altitudes as low as 5,000ft.

This causes pilots and passengers to experience a state of oxygen deprivation with less oxygen available for normal functions.
Hypoxic hypoxia can also be caused by blocked airways, drowning, and blood loss.

In the flight environment, hypemic hypoxia is most likely to occur due to carbon monoxide.

Carbon monoxide, undetectable by humans and produced by combustion engines, can bind to blood 200 times more easily than oxygen. As a result, blood will bind to carbon monoxide and not oxygen if given the choice.

Other causes of stagnant hypoxia can include frostbite, heart issues, and blood clots.

Histotoxic, meaning poisoned cells, can be caused by alcohol, drugs, and other narcotics. Research has shown that the human body will perform as if it was 2000ft higher than it is for every ounce of alcohol consumed.