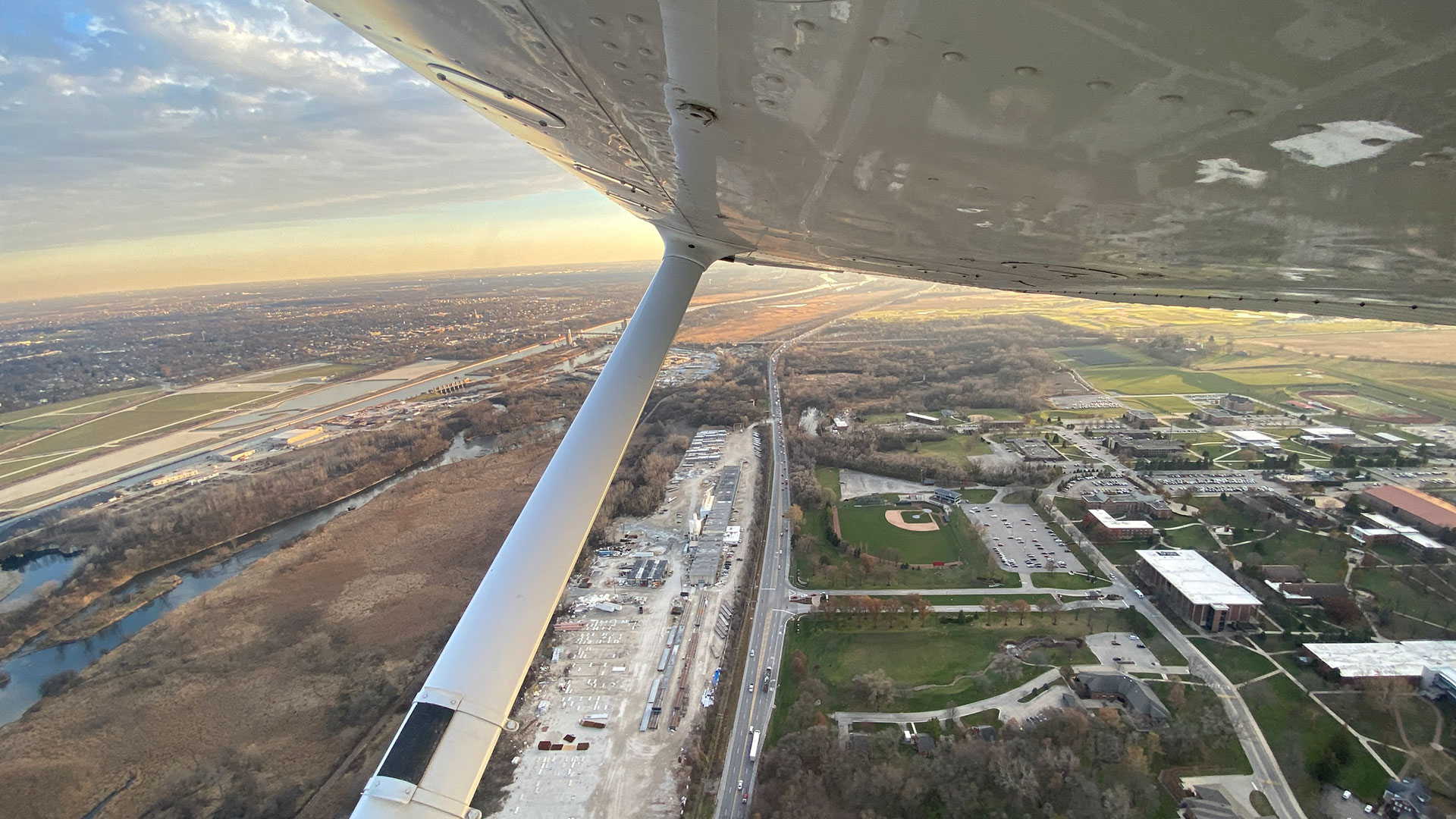 Purpose Of The FAA Medical

Pilots use medical certificates to show that they meet the health requirements to perform the duties and privileges of their pilot certificate.

The requirement for a pilot to possess a medical certificate to perform the privileges granted by their pilot certificate is found under 14 CFR part 61.23

Who Needs An FAA Medical

All pilots, except glider and free air balloon pilots, must possess an FAA Medical Certificate to exercise the privileges of their airman certificates. Pilots must also have their medical certificates in their physical possession while exercising their flight privileges.

What Class Medical Do I Need

FAA medical certificates come in three "classes" or types. These medical classes are: 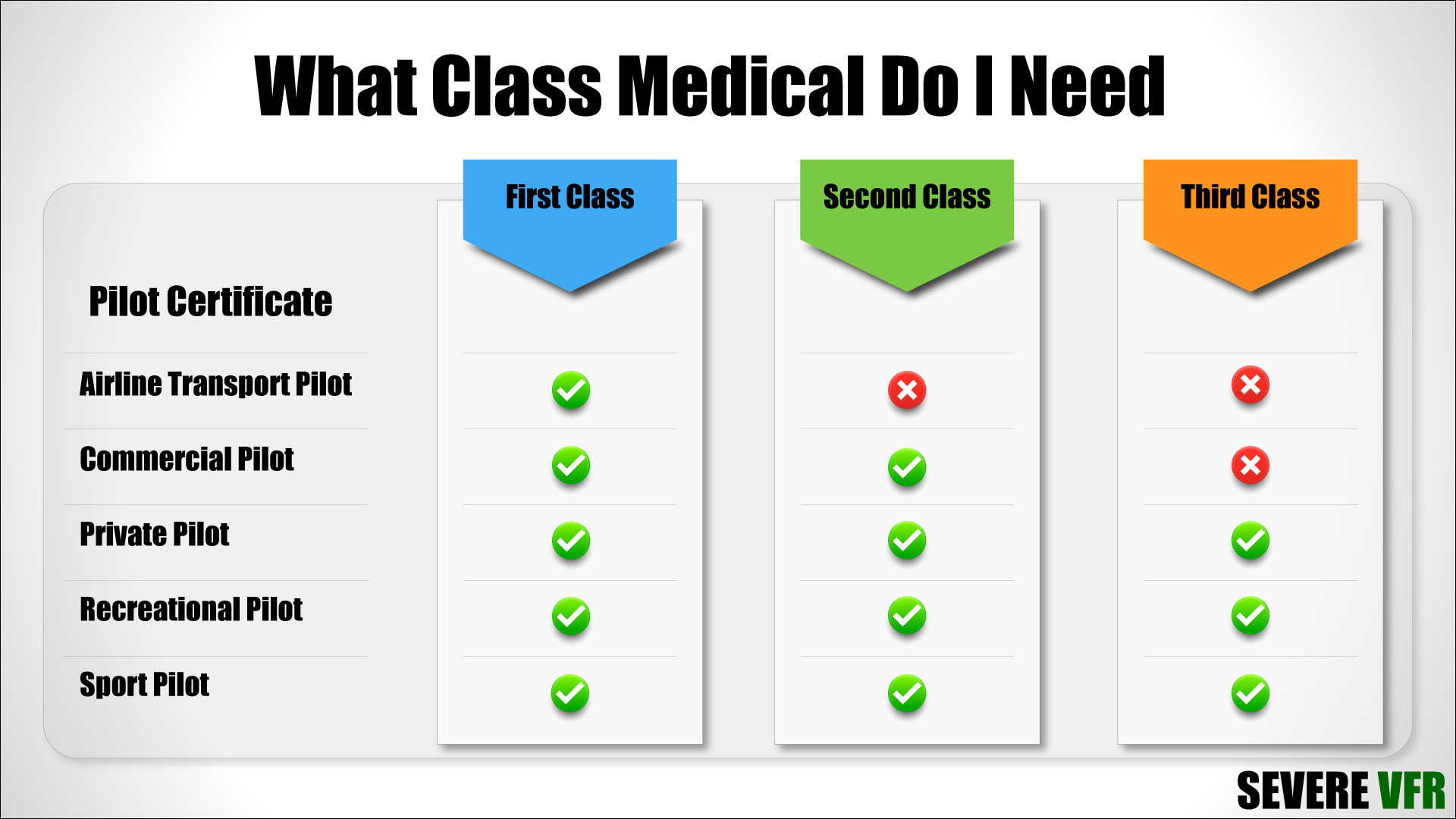 The type of medical you require depends on the pilot-in-command privileges you wish to exercise.

Generally speaking, the first-class medical is for pilots operating at the airline level with Airline Transport Pilot (ATP) certificates.

Therefore, a pilot that possesses a first-class medical also meets the requirements of the second and third-class medical.

For example, a pilot who flies professionally at the ATP level and then leisurely on the side only requires a first-class medical. Not a first and third-class medical. 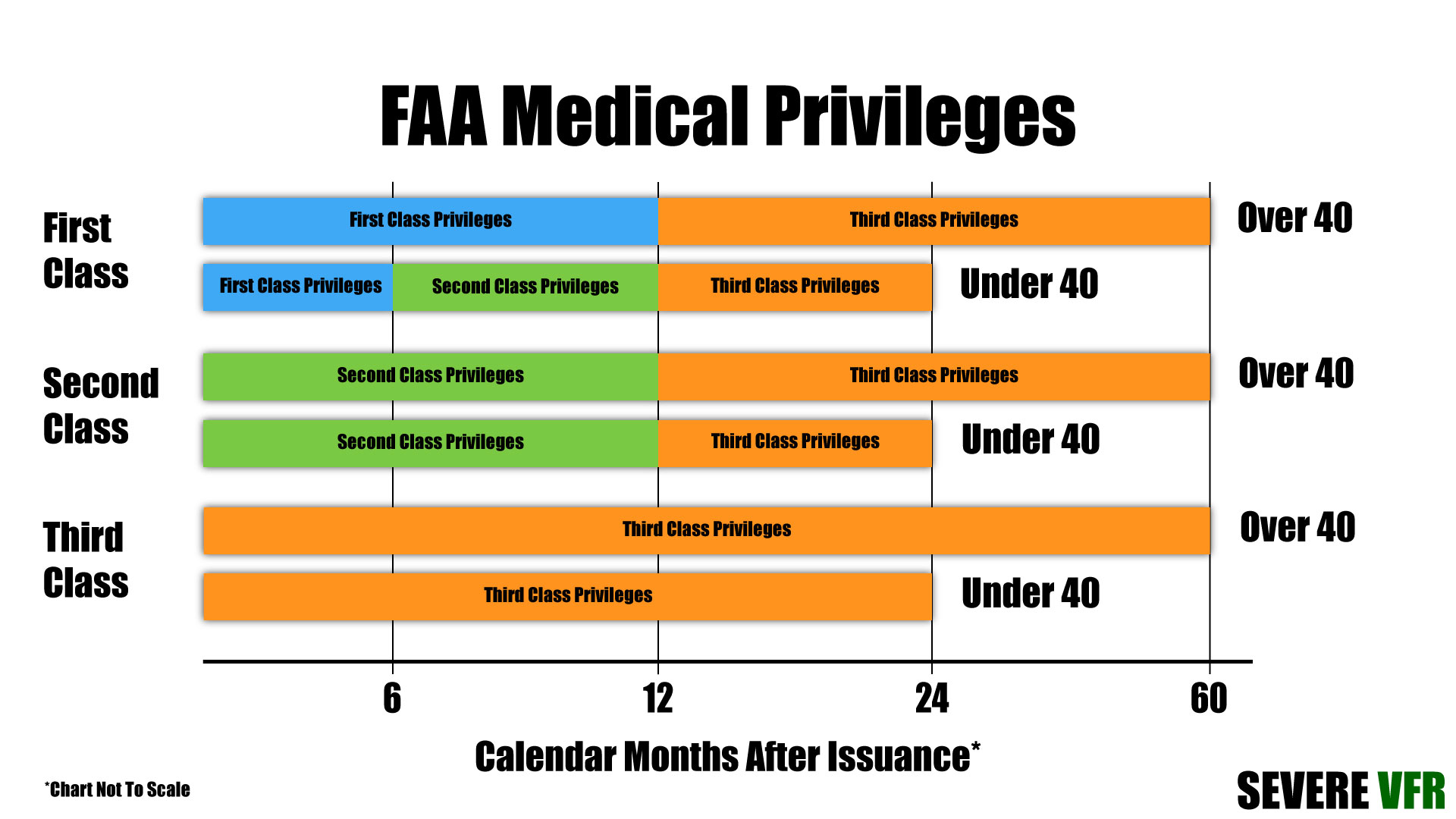 All medicals granted by the FAA expire based on the pilot's age when they received the medical.

First-class privileges are required for any pilot wishing to exercise the pilot-in-command privileges of an ATP certificate.

Second-class privileges are required for any pilot wishing to exercise the pilot-in-command privileges of a commercial certificate.

An ATP certificated pilot requires a first-class medical because it grants that pilot first-class privileges for either 12 or 6 calendar months after the date of issuance, depending on the pilot's age.