A Practical Guide To Understanding Hypoxia 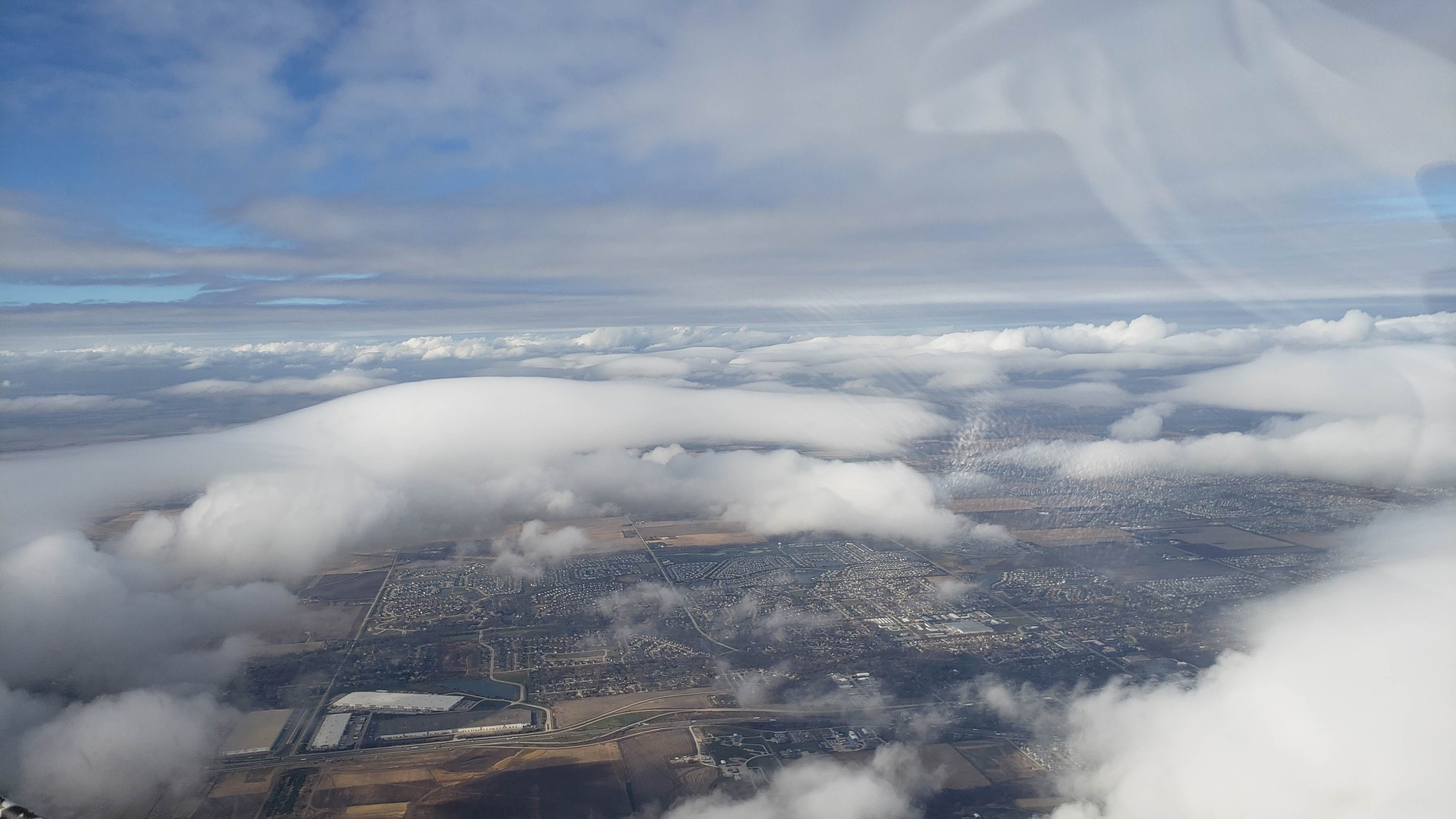 Hypoxia is a major concern in the flight environment due to aircraft being capable of reaching altitudes where it is no longer possible to maintain an adequate level of oxygen in the body.

One concern may be the fact that any living tissue will die if deprived of oxygen for long enough periods. However, the greatest cause of concern during flight is the lack of oxygen to the brain.

The brain consumes roughly 20% of the body's supply of oxygen and is extremely vulnerable to oxygen deprivation.

Types Of Hypoxia And Their Causes

Generally speaking, hypoxia is caused by one of the 3 factors:

From these three factors, 4 types of hypoxia are derived:

Hypoxic hypoxia is the most commonly thought of form of hypoxia and is caused by an insufficient supply of oxygen available to the body as a whole.

Outside of the flight environment, potential causes of hypoxic hypoxia can include choking and drowning.

In the flight environment, hypoxic hypoxia is most likely caused by a reduction in the partial pressure of oxygen at higher altitudes.

The earth's atmosphere is composed of 78% nitrogen, 21% oxygen, and 1% other gases. This composition of gases is true at all altitudes. However, the pressure of the atmosphere will decrease with a higher altitude.

As an aircraft climbs, the pressure of the atmosphere decreases. While the air still consists of 21% oxygen, the amount of oxygen molecules in any given space is reduced.

This reduction in pressure results in oxygen being unable to pass through respiratory membranes in the lungs, and into the bloodstream. Resulting in a lack of oxygen in the body as a whole, or hypoxic hypoxia.

The altitude required to experience the effects of hypoxic hypoxia varies from one person to the next. However, most people will begin to experience hypoxia above 10,000ft.

Hypemic hypoxia is due to the blood being unable to bind to and transport sufficient amounts of oxygen to parts of the body that require it.

Taken literally, the term hypemic means "not enough blood." However, in the case of hypemic hypoxia, the term is used to describe an oxygen deficiency in the blood. It should be noted that hypemic hypoxia does not rely on a lack of inhaled oxygen, and is instead caused by a failure of the blood itself.

Causes of hypemic hypoxia can include severe blood loss, and blood diseases such as anemia, blood donation, and the hemoglobin within the blood cell being unable to bind to oxygen molecules.

Hemoglobin is the actual protein that allows a blood cell to transport oxygen from the lungs to body tissues, and to transport carbon dioxide from the tissues to the lungs to be expelled. This protein is also what causes blood to have a metallic taste as about 70% of the body's iron is found in hemoglobin.

The most likely cause of hypemic hypoxia in the flight environment is due to carbon monoxide poisoning.

Carbon monoxide is capable of attaching to hemoglobin about 200 times more easily than oxygen. When carbon monoxide attaches to the blood's hemoglobin, it renders that blood cell incapable of transporting oxygen for up to 48 hours into the future.

This causes tissues within the body to suffer from oxygen deficiency and in extreme cases can become fatal.

Individuals that smoke will inadvertently raise the concentration of carbon monoxide in the body, and can result in physiological effects similar to flying at 8,000ft.

Put together, the word histotoxic means poisoned cells. Histotoxic hypoxia is therefore caused by the body's cells being poisoned, or unable to effectively use oxygen.

Cases of histotoxic hypoxia are not caused by a lack of oxygen or an inability for oxygen to be transported to the cells that need it. Instead, it is caused by the cells being unable to make use of the oxygen provided.

Histotoxic hypoxia is one of the dangers pilots risks if they attempt to fly after consuming any alcohol or drugs, with research showing that drinking one ounce of alcohol is equal to adding an additional 2,000ft of physiological altitude.

Stagnant hypoxia is caused when oxygen-rich blood is unable to move to parts of the body that need it.

A common example of stagnant hypoxia is an arm or leg falling asleep from laying on it for an extended period of time. An individual suffering from shock, heart failure, frostbite, or blocked arteries can also be examples of stagnant hypoxia.

The most likely cause of stagnant hypoxia while in flight would be excessive accelerations or G-forces forcing blood away from the brain and causing a pilot to blackout.

Common symptoms of hypoxia include:

Generally, a person suffering from hypoxia will initially experience a feeling of euphoria or a carefree feeling. This is perhaps the most dangerous part of hypoxia, as the victim will not be able to tell that they are becoming hypoxic. Individuals will experience a false sense of security and will believe that everything is normal -or better than normal.

As hypoxia worsens, those suffering from hypoxia will experience a narrowing of their field of vision which may cause instrument interpretation to become difficult.

If proper treatment of hypoxia is not sought, the sufferer will eventually lose consciousness and suffer fatal consequences.

How To Recover From Hypoxia

The first part of treating hypoxia is to understand that everyone is susceptible to hypoxia, regardless of physical endurance or acclimatization.

Therefore, proper methods of avoiding and treating hypoxia must be followed.

Pilots in pressurized aircraft should be aware of the required actions in case of a depressurization and be aware that at higher altitudes the time a pilot has to make a rational, life-saving decision and carry it out decreases rapidly as altitude is increased.