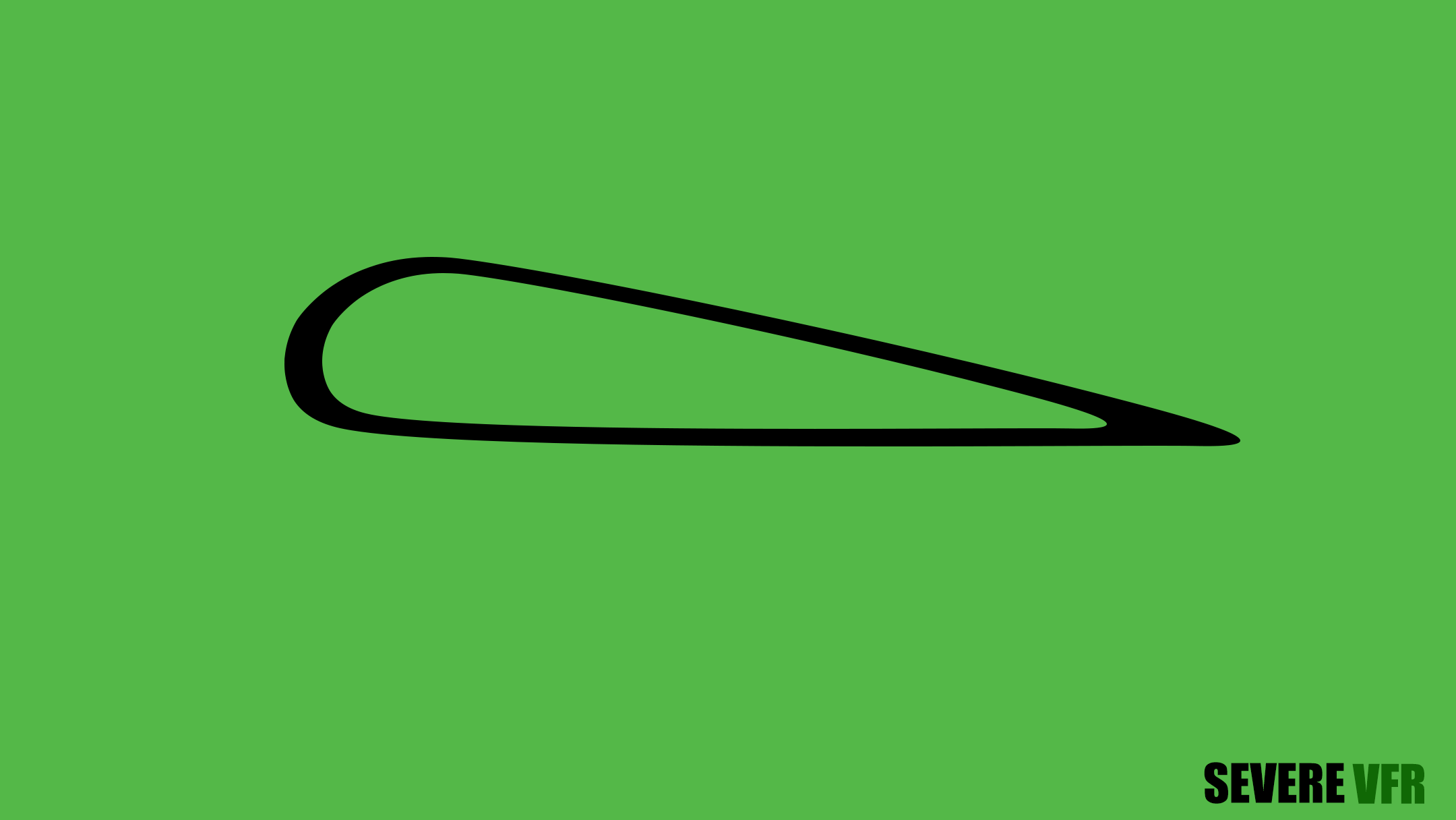 In This Article
The Leading Edge and Trailing EdgeThe Chord LineCamber, Thickness, and Mean Camber Line

There are many dimensions and terminologies regarding an airfoil. The following locations on a wing and their definition are the basic building blocks for a more advanced understanding of an airfoil.

The Leading Edge and Trailing Edge 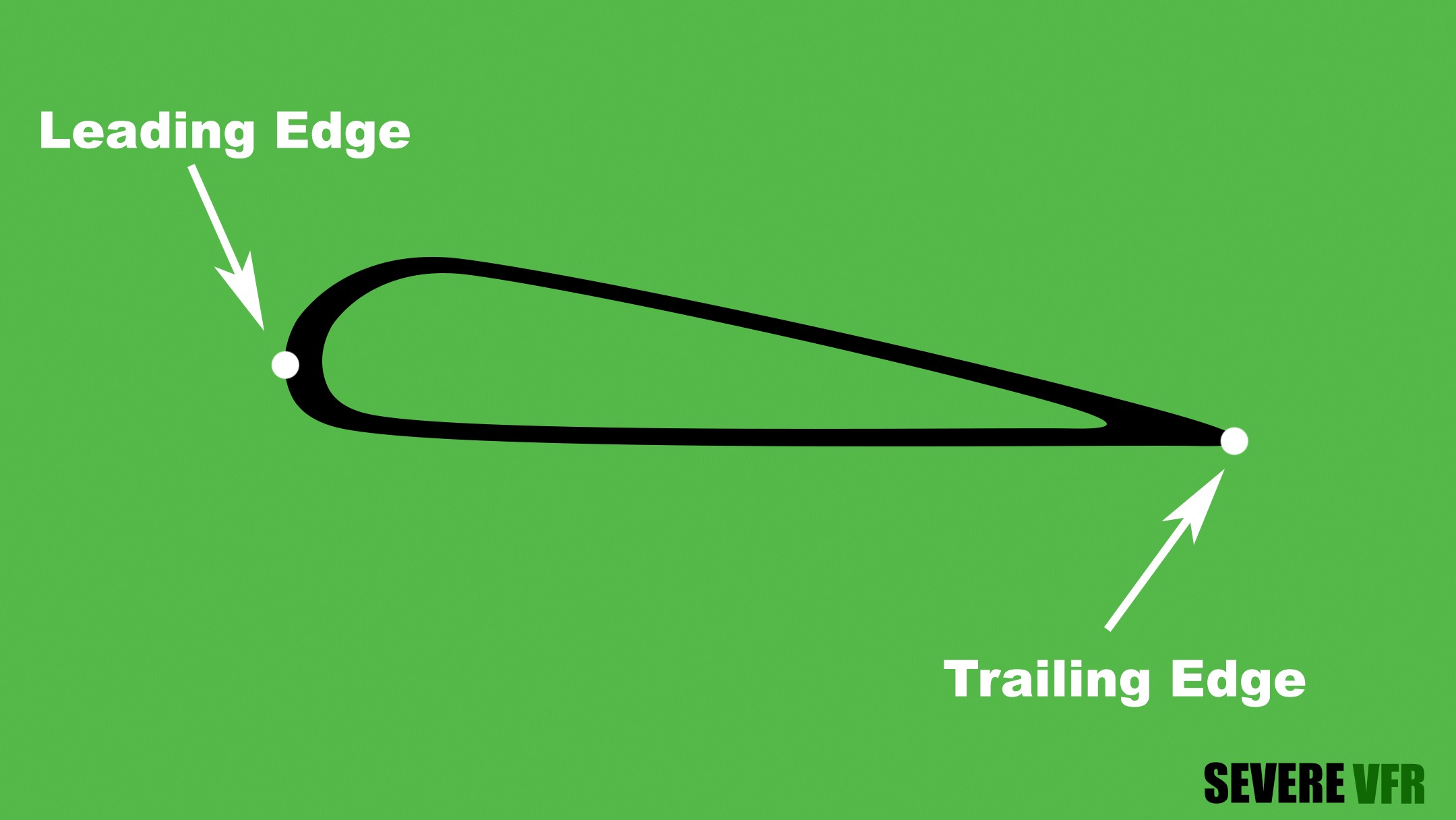 Some airfoils, such as the case for turbine propellers, do not define the leading edge as the part of the airfoil that first meets the oncoming air. Instead, the leading edge is defined as the area of minimum radius. 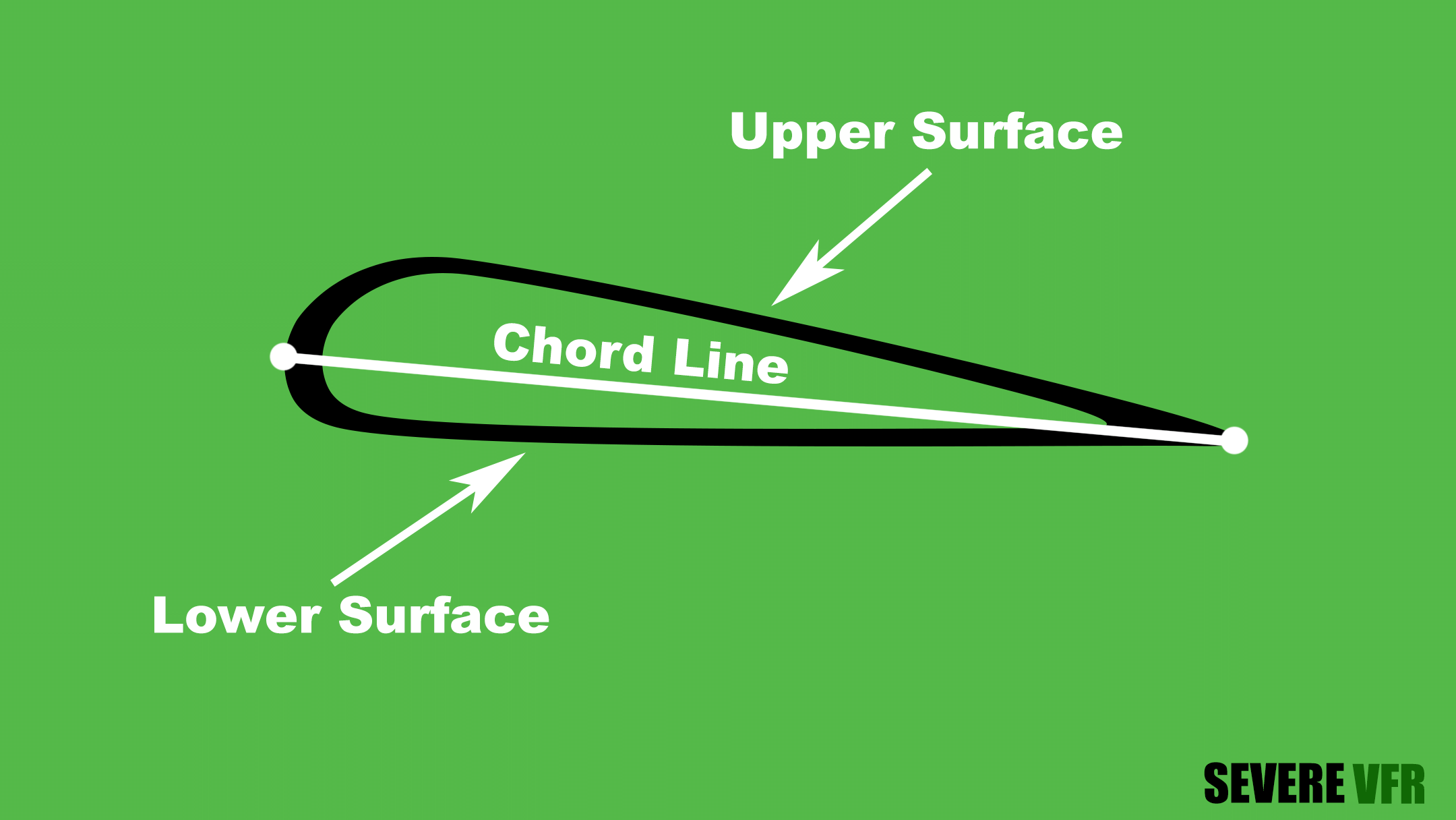 An airfoils chordline is an imaginary line connecting the leading edge to the trailing edge.

The chord line also marks the points where the upper surface and lower surface of the airfoil begin and end. 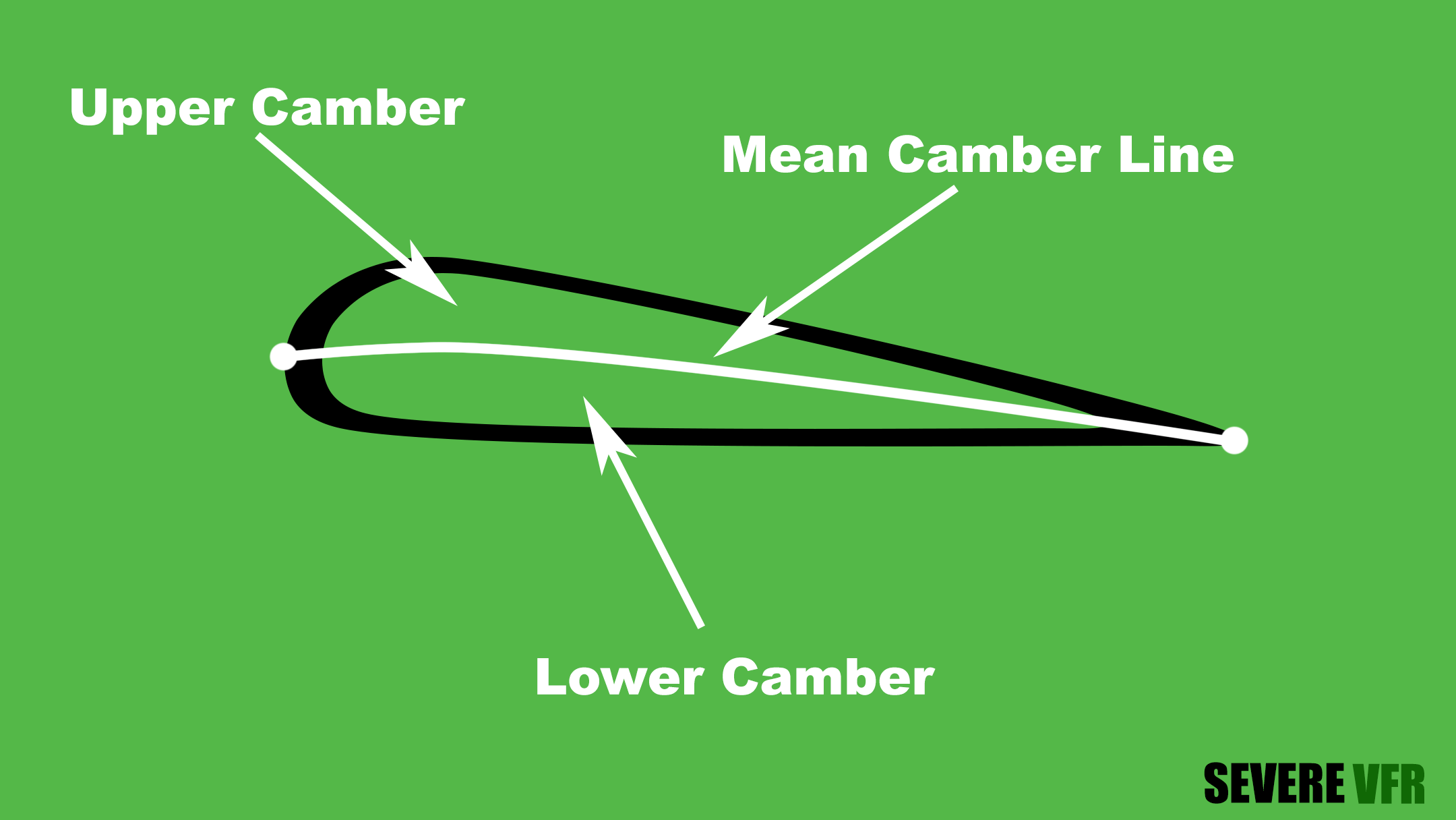 An aircrafts chord line rarely ever splits the airfoil, or wing, into two equal halves. Many airfoils are designed to have more area above the wing than under it. To have a greater area above the chord line, aircraft designers will add a much larger curve to the upper surface than the lower surface.

A measure of the amount of curve an airfoil possesses is with the mean camber line. The mean camber line splits the wing into two halves of equal cross-sectional areas. These areas are labeled as the upper and lower camber.

The difference between the chord line and the mean camber line is the wings "camber." This camber changes on the wing from the leading edge to the trailing edge. 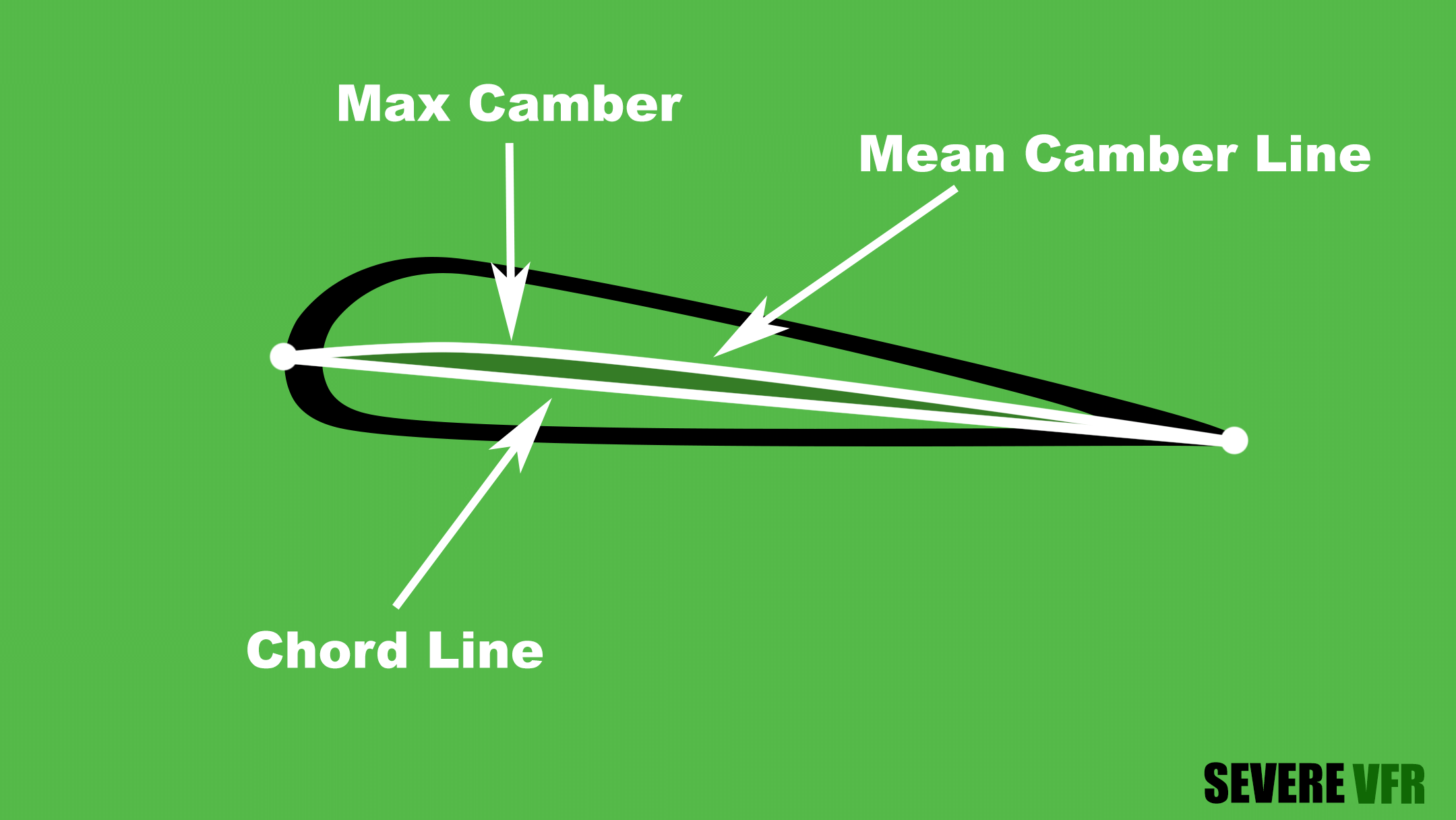 The location where the difference between the chord line and the mean camber line is the point of the wings maximum camber. The maximum camber can also be referred to as "the camber" because it is the only camber dimension of significance. 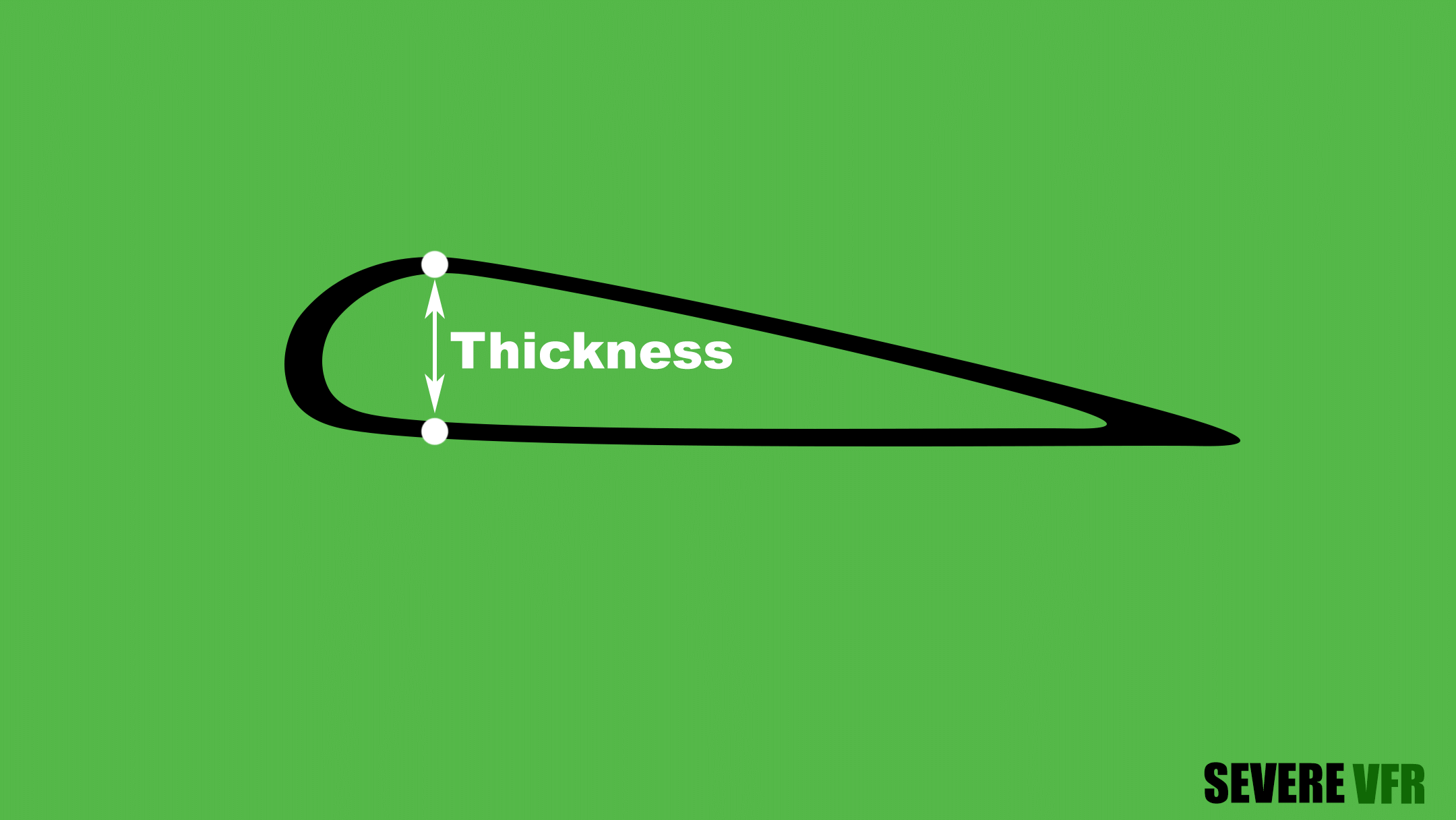 Many wings also make the wing's thickness smaller as the wing works its way from the wing root to the wingtip.